Lowe's announced on Wednesday it would pull its sponsorship of Johnson's #48 at the end of 2018, bringing an end to a 17-year relationship.

There is also uncertainty about whether Johnson's crew chief Chad Knaus, who is not currently under contract for next season, will remain at the team.

Johnson's current contract runs until 2020 and, addressing media on Friday, he was quick to hush questions about whether he might considered retiring at the end of the season.

"First of all, what a run to have an 18-year relationship with such an amazing company," said seven-time champion Johnson, who has not won a Cup event in 27 races.

"The friendships, the relationships, the way we've been able to deliver to their marketing efforts, the history we've made in our own sport, the chance I had to even drive a Cup car was because of them.

"There are so many levels to it that I am very, very thankful for and proud of.

"Of course I wish we could finish it out together, but that's not the circumstance."

He added: "I'm not done, man. I guess maybe it's the eternal optimist that I am.

"I have more to do and I enjoy the process. Hendrick is home and retirement hasn't been on my mind. 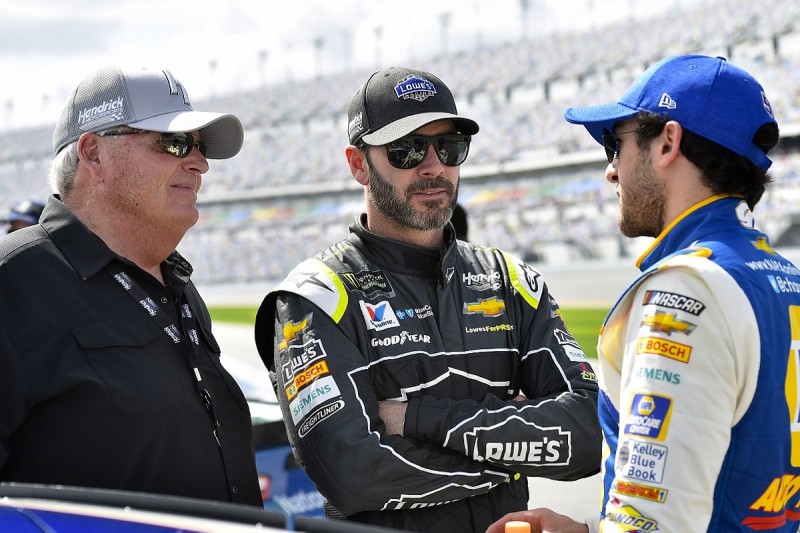 Johnson added Knaus's contract situation had "nothing to do with Lowe's" decision, and said he also felt a sense of responsibility to help his three younger team-mates - Chase Elliott, William Byron and Alex Bowman - at Hendrick.

"I'm the elder statesman in a company with three young guys," he said.

"If I was to have this be the end, [it would] put Hendrick Motorsports in a very awkward position and I don't know.

"There are just a lot of different ways I could look at it and say that it's the absolute wrong time.

"But I guess at the end of the day it's really my desire to compete and to compete at a high level. I'm not done yet."