The NASCAR Hall of Fame is based in Charlotte and is open to exceptional drivers, crew chiefs, owners and those who have contributed to competition within the organisation.

Candidates are chosen by a 20-person committee and then passed onto a voting committee.

To be eligible for the Hall of Fame, a contender must have been active for at least 10 years within NASCAR.

Drivers must have been retired for three years afterwards, although that rule is waived if the driver has competed in NASCAR for 30 years or turned 55 years old.

Gordon described his induction as "surreal".

"All that I've accomplished, the things that I've been able to experience, people I've worked with, people I've met, then now to go into the Hall of Fame is kind of surreal," he said.

"I feel it was just yesterday I was driving a race car, so it's very surreal, but a huge honour."

Penske's many drivers across IndyCar and NASCAR had their say on his inclusion, with current Cup driver Brad Keselowski describing him as "elite". 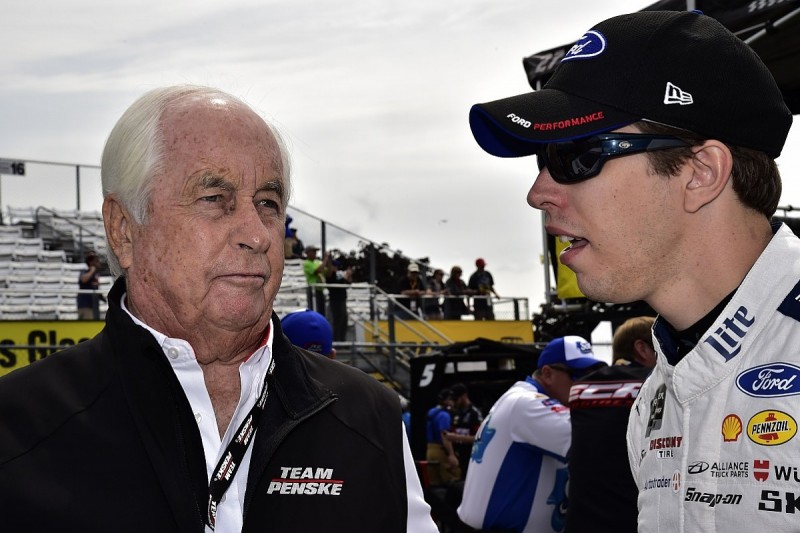 "There are many car owners who have won races in the series and a lot of car owners who've won championships, which he's done, but what he was able to do for the sport, professionally from a sponsorship and track perspective, really put him in a unique category to me.

"When you drive for Roger Penske, you are driving for someone that has raised the bar and challenges you to do the same.

"You just learn a level of professionalism that he's brought to everything he touches."

Roush added that his induction had not yet sunk in.

"When we[ Roush Fenway Racing] got started, I was just hoping I could stay in the sport for a while," said Roush.

"I can't imagine that my name is up there with the 45 people that have already been inducted, with the things that they've accomplished.

"It's rarefied air, and I've got to take a while to think about what it all means to me."