Jeff Gordon says he seriously considered retiring from NASCAR racing more than once in recent years, but was always convinced to stay on by team boss Rick Hendrick

Four-time Cup series champion Gordon announced on Thursday that 2015 would be his last year of full-time racing.

"I honestly thought this was going to happen a couple of years ago, and during every off-season I can think of over the last several years Rick and I have talked about our future together and the future of Hendrick Motorsports," he said.

"When you get to this point in your career and you've done as much as we've done as a team, you're always trying to figure out when that right time to step away is.

"Finally about halfway through last year I said, 'no, this is it boss', and we agreed and the timing was good for me, good for Hendrick and other opportunities that are out in front of us."

Gordon has avoided referring to his decision as 'retirement' as he intends to remain active in motorsport in non-racing roles.

But he underlined that he did not expect to race in NASCAR's top series again after the 2015 finale at Homestead in November.

"I think the chances are pretty good that Homestead will be the last race that you see me in," Gordon said.

"I don't know that for a fact. But I know that I'm not going to come back and do a part-time schedule."

While open to appearances in other NASCAR categories, he also hinted at racing elsewhere. 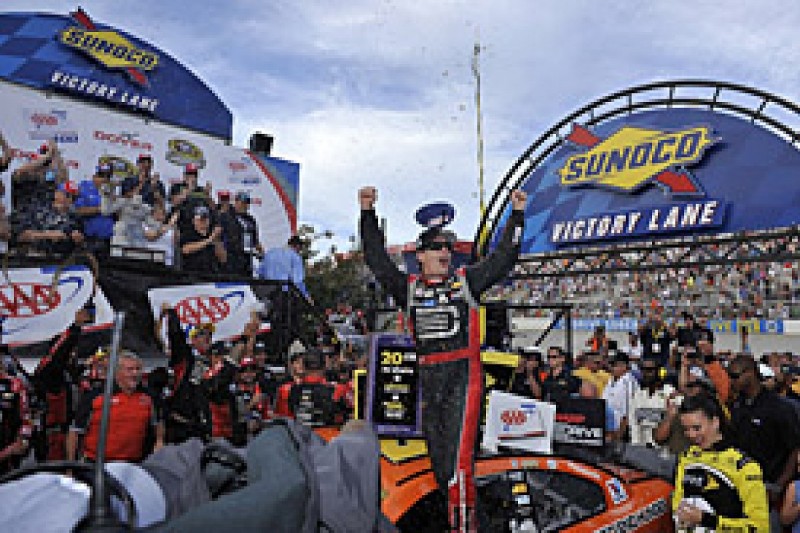 "It could be a truck. It could be a prototype for Le Mans or the Rolex [Daytona 24 Hours]. It might not be any of those things.

"Heck, I was just out in the desert driving buggies and I maybe want to do the Baja 1000.

"I don't plan on doing any racing, but I know I'm not going to be retiring because I have a lot on my plate already that we have plans for."

Gordon enjoyed a resurgent 2014 season in which he upstaged Jimmie Johnson and Dale Earnhardt Jr to become Hendrick's leading contender for much of the campaign after several tougher years.

He said that form helped convince him there was a chance to go out on a high.

"Of course you want to go out on top, but if that's not possible, I want to go out being competitive and racing at the top level all the way to the end," Gordon said.

"Last year gave me the inspiration that that can happen this year."