The 43-year-old announced his decision to his Hendrick Motorsports team on Thursday morning.

Although Gordon left the door open to continue part-time beyond 2015, he underlined that this would be his final shot at a title and that he had no firm plans to race on.

"As a race car driver, much of what I've done throughout my life has been based on following my instincts and trying to make good decisions," Gordon said.

"I thought long and hard about my future this past year and during the off-season, and I've decided 2015 will be the last time I compete for a championship.

"I won't use the 'R-word' [retirement] because I plan to stay extremely busy in the years ahead, and there's always the possibility I'll compete in selected events, although I currently have no plans to do that.

"I don't foresee a day when I'll ever step away from racing. I'm a fan of all forms of motorsports, but particularly NASCAR. We have a tremendous product, and I'm passionate about the business and its future success.

"As an equity owner in Hendrick Motorsports, I'm a partner with Rick [Hendrick] and will remain heavily involved with the company for many years to come.

"It means so much to have the chance to continue working with the owner who took a chance on me and the incredible team that's stood behind me every step of the way."

He has won in every full-time season bar 2010, and was Hendrick's leading contender for much of a resurgent 2014 campaign, having been somewhat overshadowed by six-time champion team-mate Jimmie Johnson in preceding years. 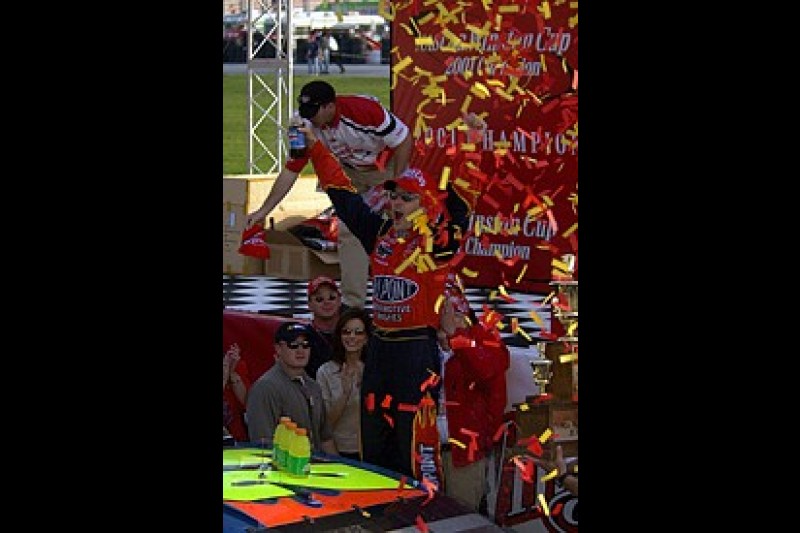 "I'll explore opportunities for the next phase of my career, but my primary focus now and throughout 2015 will be my performance in the #24 Chevrolet," Gordon added.

"I'm going to pour everything I have into this season and look forward to the challenge of competing for one last championship."

Team boss Hendrick said Gordon had made an incredible contribution to NASCAR and his outfit.

"He's one of the biggest sports stars of a generation, and his contributions to the success and growth of NASCAR are unsurpassed.

"There's been no better ambassador for stock car racing and no greater representation of what a champion should be.

"I will never be able to properly express the respect and admiration I have for Jeff and how meaningful our relationship is to me."