Harvick had finished a close second to Martin Truex Jr in the race's first segment but hit the wall when his Stewart-Haas Ford's right-front tyre deflated going into Turn 1 on lap 147 of the scheduled 267 laps.

He was then collected by polesitter Erik Jones's Joe Gibbs Racing Toyota.

"There was something wrong from the time we put the tyres on," said Harvick.

"It was like Russian roulette every time you put these piece of crap tyres on and try to drive around the racetrack.

"We had a great car and then you put a set of tyres on it and you can't hardly make it through the field. I just hate it for everyone."

Although Harvick's significant haul of bonus points from the regular season limited the damage of the Vegas retirement, he replied "I am not happy about anything right now" when that consolation was suggested. 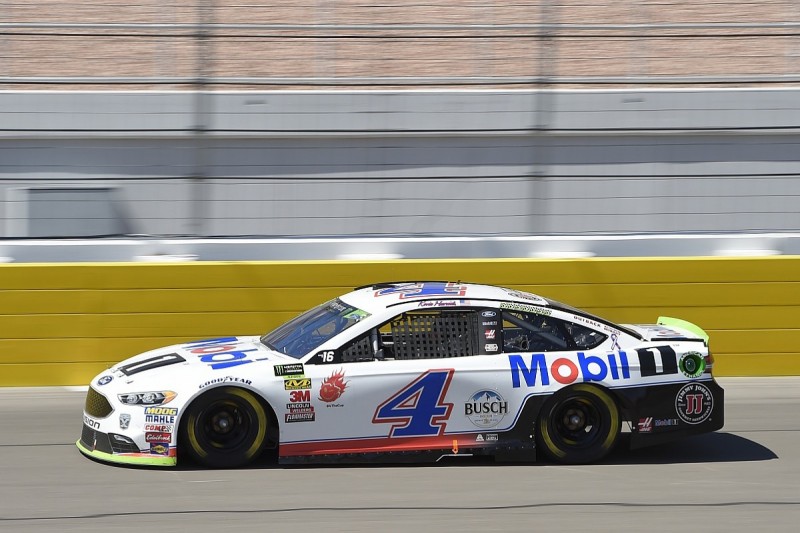 "We have not had any complaints about inconsistent tyres," he said. "Actually our performance has been pretty darn consistent.

Second-place finisher Kyle Larson also had a tyre deflation during the race, saying "my tyre ran out of talent", but was able to recover to the pits.