Denny Hamlin says he is "done talking" after he and Ross Chastain collided once again at Atlanta Motor Speedway's NASCAR Cup round on Sunday, reigniting the rivalry between them.

The Joe Gibbs Racing driver was battling up around the top-five late in the race when Chastain came up the track and made contact with the left-rear of the #11 car, sending Hamlin spinning.

Chastain went on to place second, very nearly taking the lead from Chase Elliott before the race-ending caution. Hamlin, who sustained even more damage in a later wreck, finished 25th.

The two drivers had a run-in at Gateway last month when Chastain put Hamlin in the wall early in the race.

Hamlin caused trouble for the Trackhouse Racing driver for the remainder of the event, making things very difficult for him every time Hamlin's wounded car was being lapped. He later vowed to retaliate.

Hamlin has hinted at paying back Chastain during the playoffs, and the two drivers have raced around each other without major issues since Gateway. However, that changed this at Atlanta when Chastain sent Hamlin spinning.

After the race, Hamlin did not have much to say regarding the incident, but was clear that he has no intentions of letting it go. 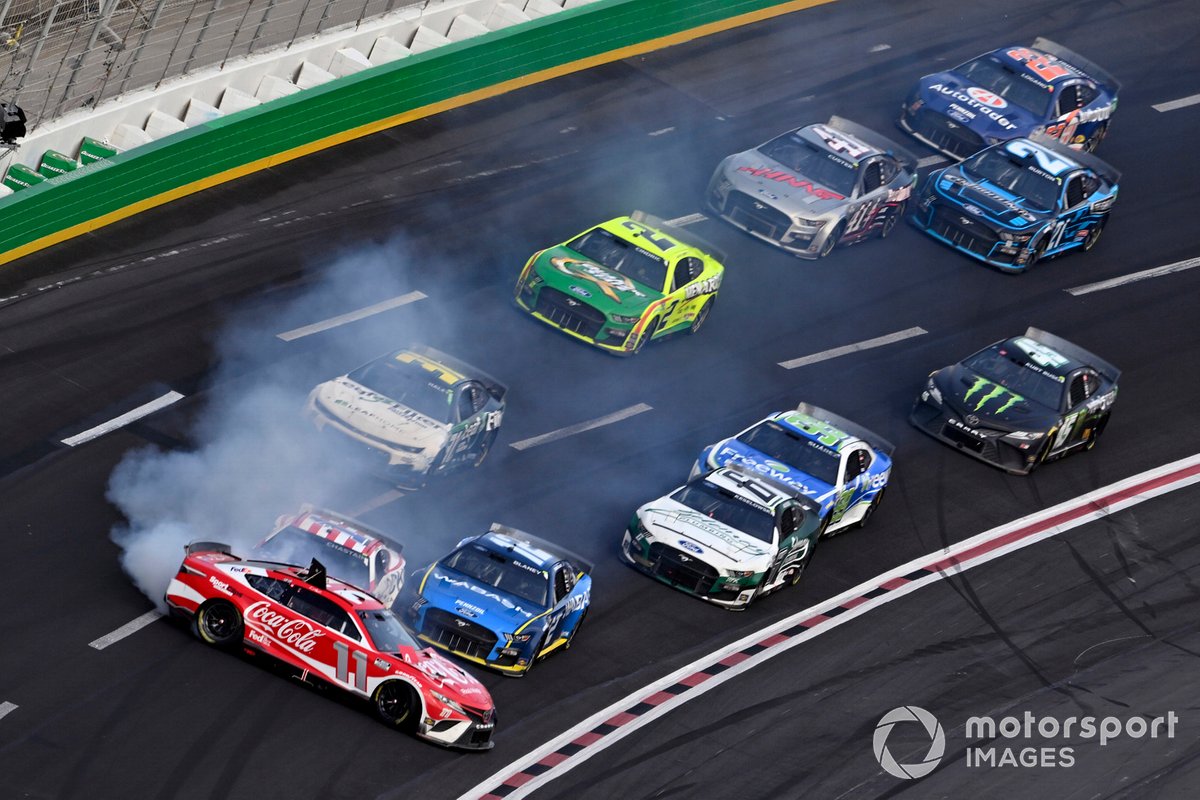 “We were in really good position and we were about to be clear of the 1 (Chastain) and be in third in the outside line," said Hamlin.

"I was really happy with where I was at for sure. I think the 1 probably sensed that we were about to clear him so he chased us up there and got into us.”

He then added: "Everyone has different tolerance levels and as you all know, I’ve reached my peak.”

Chastain says the contact was accidental and while apologetic, he felt that the incident was not as bad compared to the duo's skirmish at Gateway.

Following their Atlanta collision, Chastain went on to say that he simply overestimated the grip he would have underneath Hamlin.

“I don’t put this one anywhere near the other incidents," he said.