Part-time Cup driver and Xfinity regular Haley won the Daytona race, having run as low as 27th, following a pile-up that caused more than 20 cars to crash.

The Spire driver gambled by staying out when rain returned and threatened a race-ending red flag, while Kurt Busch pitted from the lead when officials declared there was one lap before the restart.

A lightning strike near the circuit forced a red flag that eventually led to NASCAR controversially calling the race in Haley's favour.

There was a brief spell where it looked as though the race would resume as conditions improved, and Haley admitted he thought his chance of winning was over when he climbed back into the car ahead of an anticipated restart.

Asked if he believed he could have won the race if it had restarted, Haley said: "I did pray for rain. But no, probably not.

"We probably would have gotten eaten up pretty quick on the restart.

"The [Spire Motorsports] guys built the car and rolled a motor out that they've been running all year, and it was probably refreshed a few races ago.

"It's not like we have any technical alliance or big Cup team motor [engine] or anything.

"We were just trying to keep the fenders on it. That was the whole goal of the day, just to finish the race with no scratches.

"If we would have gotten back green - it was really up and down because we did get back in the car and the skies were pretty clear, and I was like, 'Man, it's over, that was our chance'.

"It was a great strategy by Peter [Sospenzo, crew chief] to leave me out there when Kurt and Landon [Cassill] pitted because I did see lightning out of my windshield in [Turns] 3 and 4 and I kept calling, 'There's definitely lightning'." 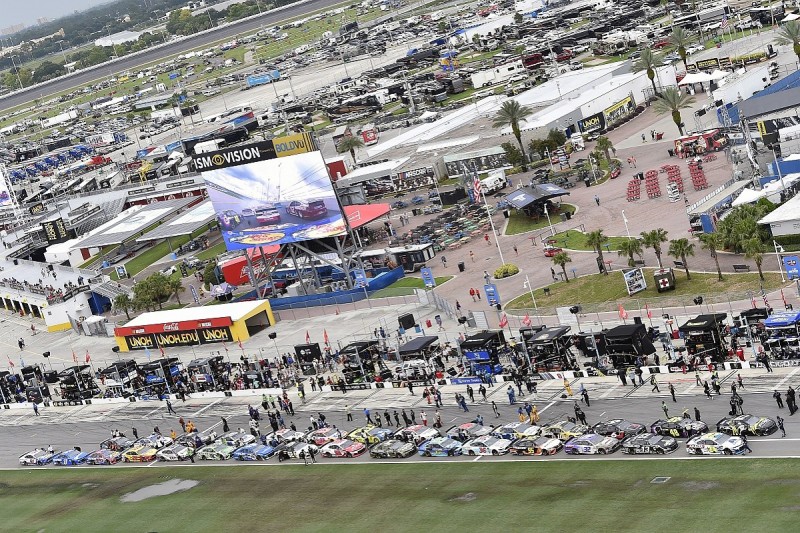 Busch accepted conditions had forced NASCAR to make a decision on the spot.

"I feel like we were in a really good position to win the race and it's just a matter of when the one random lightning bolt comes down to decide when you make the call," said Busch.

"It was a judgment call on their part."

Spire Motorsports took over the charter held by the now-defunct Furniture Row Racing outfit, and is a branch of the Spire Sports and Entertainment group that runs a driver agency, which Haley is a client of.

"We did it early, and look, it's not lost on me that luck was on our side today.

"But I'm not going to feel bad about it at all. I'm going to love it.

"We're just going to continue to be 'The Little Engine That Could' and build this thing as best we can and go from here."