Ford's success in the 2018 NASCAR Cup series is the culmination of a four-year plan, says global director of Ford Performance Motorsports Mark Rushbrook

Kurt Busch's victory at Bristol last weekend made it 11 wins from 24 races for Ford in 2018, putting it equal with Toyota's series benchmark, while Chevrolet's new-for-2018 Camaro has only taken two victories.

Ford last won a Cup title in 2004 with Busch and Roush Fenway Racing. Rushbrook explained that Ford's increased commitment to NASCAR, notably luring Stewart-Haas Racing to its fold in 2016, laid the groundwork for its current success.

"We get reminded frequently inside our company that it's been 14 years [since Ford's last Cup title], but that is our goal," he said.

"It's a decision that we took about four years ago to get serious, more serious about technical depth and using the tools that we have inside the company to get the on‑track performance that we really wanted.

"It takes that long before they all get running because you've got to have strength in every part of the car.

"So it's been four years working towards this. Hopefully, we can bring it home through this year.

"We've got a strong car, a new body [in the Mustang] coming next year, and looking forward to what we can do in 2019, as well." 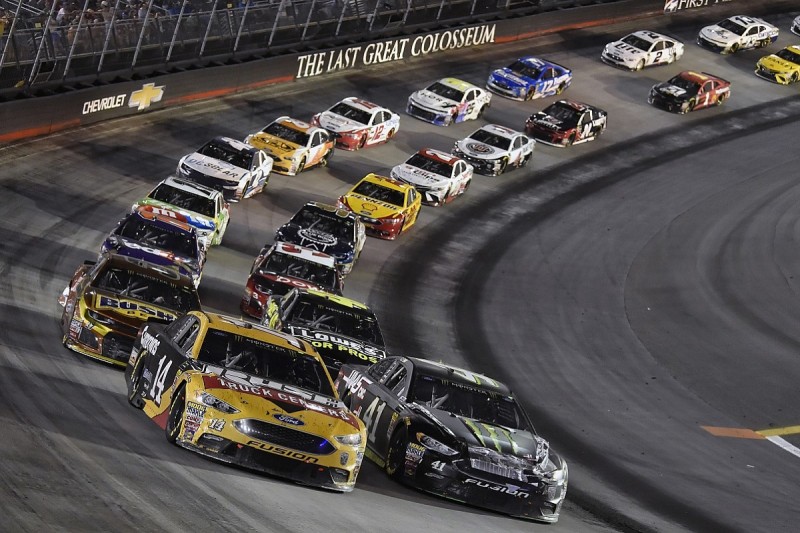 Rushbrook was again asked if the introduction of the Mustang for 2019 - in place of the oldest car on the grid, Ford's Fusion - was awkward because of the current car's performance.

"We're looking for Fusion to end its run in NASCAR at the highest level in Cup, really strong through the end of this year," he said.

"With the opportunity with the rules changing to allow coupes as of last year, we took the decision that we wanted to bring the Mustang here, where we think it's really appropriate to be running that.

"With our engineering tools, our team, the collaboration between our racing teams - with Roush Fenway, Team Penske and Stewart‑Haas - the ability to use the Penske technology scale tunnel, Gene Haas's wind shear full-scale tunnel and our advanced CFD tools, we think that we've got a Mustang that not only looks good but is going to race really good next year."