Earnhardt's average finish for the 2017 season is a career-worst 23.8, including three DNFs, and the popular driver says it is taking its toll.

The Cup series returns to Charlotte for its 600-mile championship round this weekend and Earnhardt admitted it was hard to imagine a turnaround in the eight days between races.

"It really is hard on your confidence to go back there, and think things are going to be different," said Earnhardt, who has already announced he will retire at the end of 2017.

"I worry about going back and being better, being good enough.

"I know the team, Greg [Ives, crew chief] and those guys, damn sure don't want to sit there and watch that thing run so bad.

"So I'm a little concerned.

"I don't know what the problem is. I'm just the driver. 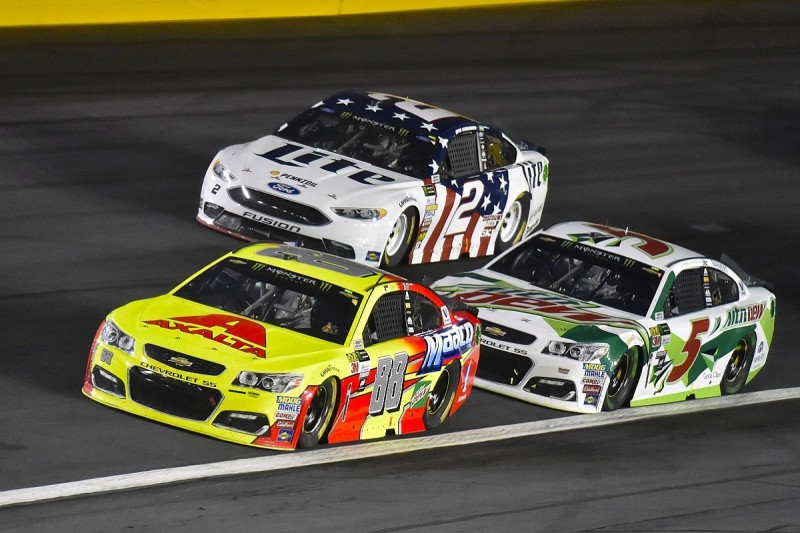 Earnhardt qualified sixth for the All-Star race but fell to an 18th-place finish and failed to make the final segment of the event.

He last took victory at Phoenix in 2015, and has just one top-five this season.

"I've got to smile to keep from crying, because that was ridiculous," said Earnhardt as he started a Periscope exchange with fans.

"Pretty embarrassing. It's unfortunate the All-Star race will be memorable for how bad we ran."

After missing half of the 2016 season with concussion symptoms, Earnhardt is facing the prospect of bowing out of NASCAR without making the end of season playoffs.

He is currently only 25th in the points after 11 rounds, though a race victory would book him a place in the title shootout regardless of his championship position.

Hendrick team-mate Jimmie Johnson says he and his crew will try to help the struggling Earnhardt out this weekend.

"We'll do anything we can obviously to help those guys," he said.

"I know we were trying some stuff [during the All-Star weekend]. I'm not sure I'm in love with everything we did.

"But we're definitely trying some stuff."