Trevor Bayne's shock Daytona 500 win in 2011 is the last time a rookie took a race win at Cup level, but Elliott - who replaced Jeff Gordon when the four-time champion retired this year - has twice come close, taking second places in both Michigan rounds.

Elliott appeared to be in control of Sunday's race going into the final stages, until a late yellow gave Kyle Larson chance to attack him at a restart with nine laps left and steal victory.

"A bummer again here," said Elliott, who reckoned Hendrick deserved better given the quick pit work that helped get him ahead.

"I hate to let my guys down, that's the biggest thing. For the second time this has happened.

"I made a mistake early on in the race. I asked my guys to bail me out, and they did. Unfortunately, I didn't do my part again.

"That's a couple races in a row in just a few short months here at this place we've had a really good car and had an opportunity.

"One thing I try really hard to do is make the most of opportunities when they're presented.

"Obviously I didn't do a very good job of that here on both trips. 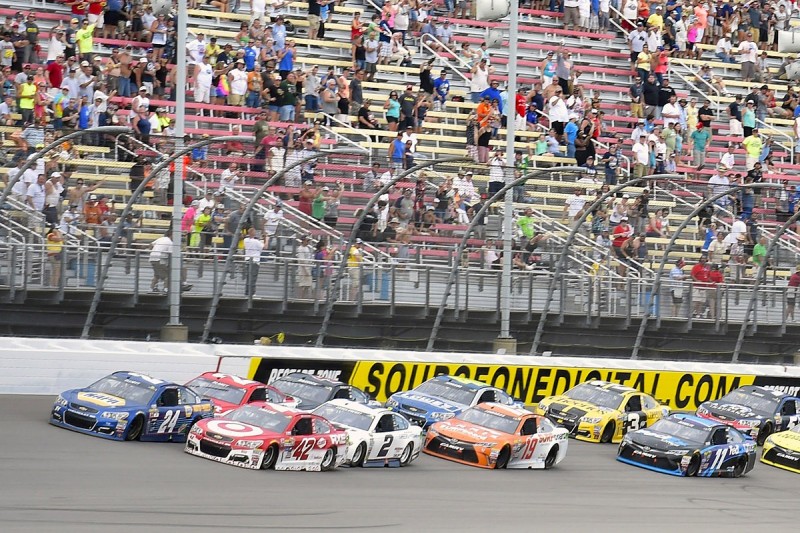 "I need to do my restarts a little better. That's obviously not a strong point."

The 20-year-old admitted there was not much he could do to shortcut improvement on restarts as only more experience would help.

"You can go practice it if you want to rent a racetrack, sit there and restart all day long, if you wanted to, I guess.

"But you're not going to recreate those scenarios, what the people around you are thinking when one of these Cup races is on the line."

Elliott has finished in the top five eight times this season and is currently in line for a Chase place with just two races to go until the first cut-off.

With 13 drivers having won races, three places are up for grabs for the top-scoring non-winners and Elliott is best-placed of these, followed by Austin Dillon and Jamie McMurray.

Ryan Newman is the group's nearest challenger, 15 points behind McMurray and 27 off Elliott, having lost his Chase position when Larson got in with his Michigan win.

A fourth Chase slot on points score could be opened up if Chris Buescher is knocked outside the top 30 in the championship.

Drivers have to be within the top 30 to qualify for the Chase even if they have won a race, and shock Pocono victor Buescher is clinging onto 30th by just seven points over David Ragan.