Larson had come close to victory several times since Ganassi chose him to replace Juan Pablo Montoya in its NASCAR line-up at the end of 2013 - including a very close second place to Kyle Busch at Fontana in only his ninth start.

He finally took his breakthrough victory by overcoming Chase Elliott at Michigan.

"Everybody knew it was a matter of just when. But you know that we've been second plenty of times," said Ganassi, whose NASCAR team is yet to replicate the success he has achieved in IndyCar and sportscars.

"To say he's the foundation of the team, sure.

"Anytime you have a young guy come along that can win, you want to rally around that.

"No question, the kid has talent. He can drive."

Ganassi first took Larson under its wing at the start of 2012, bringing him through NASCAR's feeder series before giving him the Cup chance. 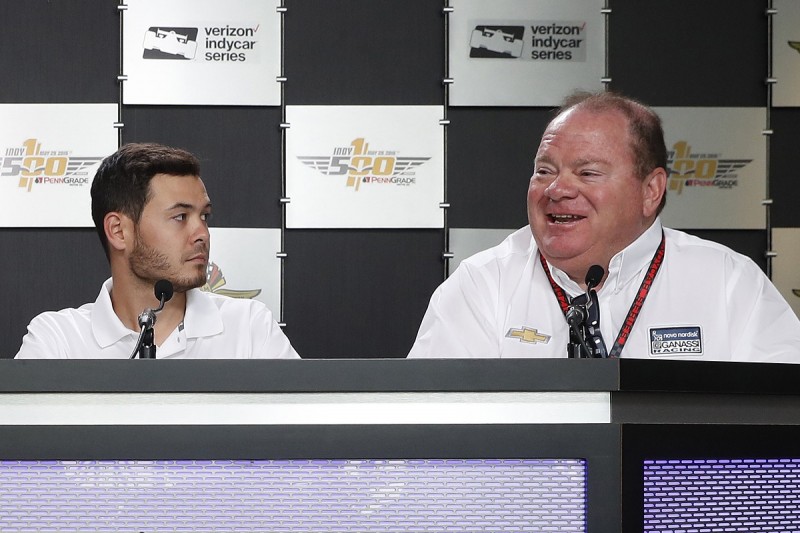 The team owner believes Larson is committed to his squad for the long term.

"When he came to our team, people said 'well, he'll hang around for a couple of years, then he'll go to a team where he can win'. That wasn't the case at all.

"His contract came up one time. I said, 'what do you think about these other teams that are talking to you?' I'll never forget his answer.

"He said, 'they all had a shot at me the first time around and they passed'.

"I don't expect him to leave anytime soon."

The win came one race before Larson's 100th Cup start.

"This feels different because it's taken me a lot longer than it took me in any of the other stuff to get a win," he said.

"It took me a couple months to win my first sprint car race, four days after my 15th birthday.

"It took me a few months to win when I got into USAC. Took me a few years to win an Outlaw race. 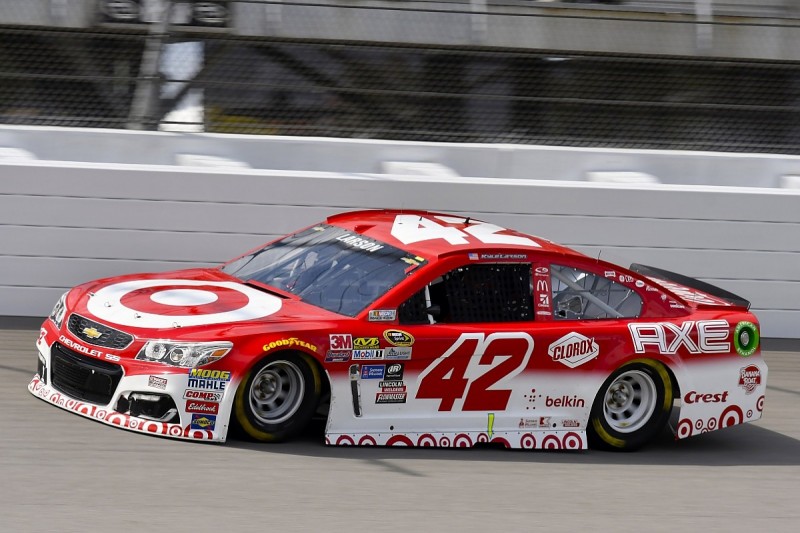 "This one's different just because of how long we had to wait and how much harder I've had to work for it.

"It's special because all the hard work's paid off."

The result puts Larson into the Chase, where he expects to feature strongly.

"We've got some awesome racetracks in the Chase," he said.

"We have a good shot at getting to the final two rounds, if not the final at Homestead."