OPINION: NASCAR has once again found itself facing a mountain of criticism after calling its crash-afflicted wet weather race at COTA to an early halt. But the sanctioning body has only itself to blame.

Let's be clear: it's absurd to conclude that NASCAR called Sunday’s inaugural Cup Series race at Circuit of the Americas when it did, simply to ensure Chase Elliott would win the event.

However, by its actions during the race – and failing to adhere to lessons it said it learned about racing in the rain last season – NASCAR opened the door to all the criticism its receiving, including the ridiculous conspiracy theories.

There have been at least two road courses on the Cup Series schedule since this writer started covering NASCAR in 1998, but only recently has NASCAR attempted to run an event while it was raining heavily. Wet weather tyres have always been available to use, but largely reserved for conditions when a wet track was in the process of drying, rather than with the intention of conducting an entire race while it was raining.

That was until the last few seasons, when despite heavy rain and standing water all over the course, NASCAR had decided to allow Xfinity Series races to continue in hazardous conditions.

The issue came to a head – at least we thought then – during last October's Xfinity race at the Charlotte Roval, which was run nearly entirely in the rain. It featured 10 cautions and a nearly 39-minute red-flag for standing water on the track.

After numerous complaints from drivers – including road-course ace A.J. Allmendinger, who won the event – NASCAR said it had learned from the experiment and would not allow conditions to get so treacherous before calling a halt to the action. But that was then. 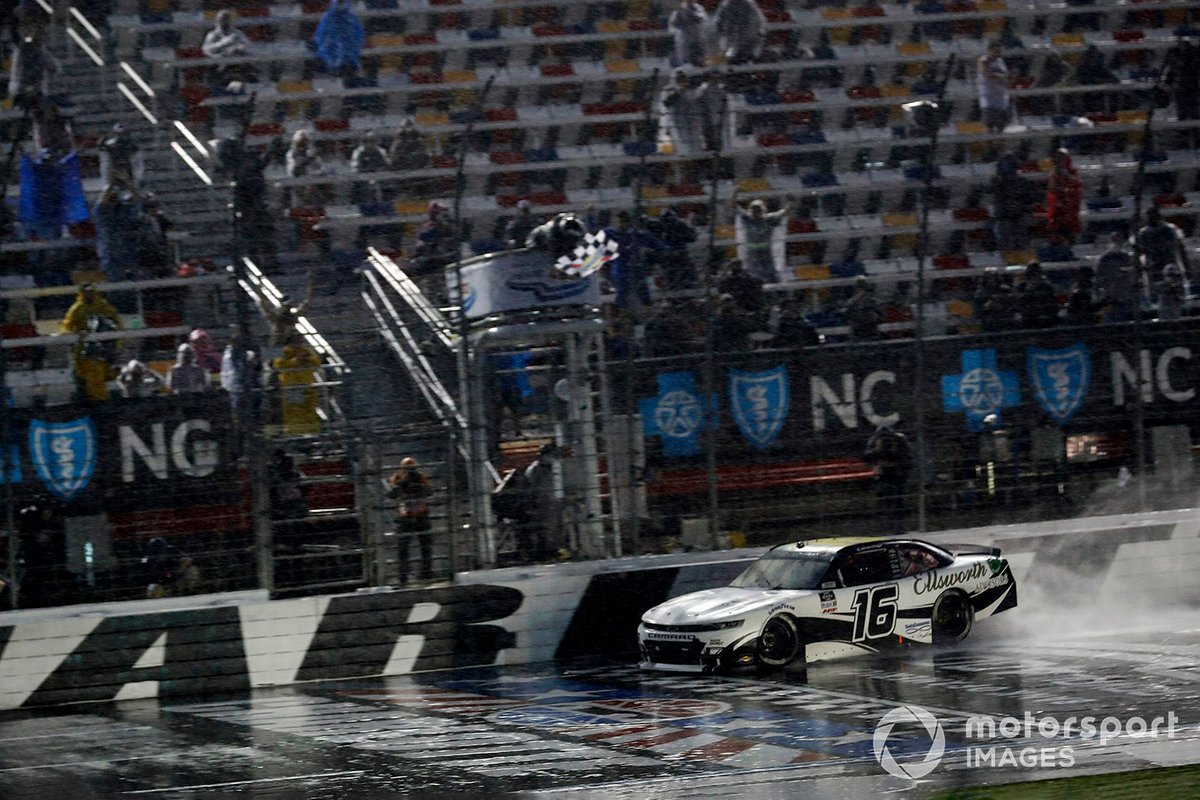 In Sunday's Cup race at COTA, an almost identical scenario began to play out with rain beginning shortly after the race start. Conditions only worsened as it went on and by the second stage, it was clear the 3.41-mile, 20-turn track was being inundated with water. Views from inside of competitors’ front windshields showed virtually nothing – not a comforting thought when they were traveling upwards of 140mph...

While NASCAR waited in the hope that conditions would improve, two violent wrecks unfolded on laps 19 and 25 which left it with no choice but to put out a red flag and address the racing conditions.

In the second incident, Martin Truex Jr. was slowing after running into the back of Michael McDowell when he was hit hard by an unsighted Cole Custer, who rammed Truex’s car at full speed and lifted it off the ground. Thankfully, none of the drivers were injured.

NASCAR allowed teams to pit to address visibility issues on the cars and ordered all future restarts to be single-file. The race then resumed and conditions seemed to improve for a while.

But with less than 20 laps remaining, the rain again became much heavier and once again standing water was evident all over the course. Many of the series’ top drivers were complaining of a lack of visibility, but NASCAR inexplicably soldiered on.

Finally, after Kurt Busch aquaplaned off the track and Austin Cindric – who had run a stellar race as a part-time entry – spun out, NASCAR threw the caution, and eventually another red flag. As the weather conditions continued with no apparent sign of improving, NASCAR finally called the event official after 54 of the scheduled 68 laps.

The problem? Elliott, who was going to be short on fuel and forced to pit if the race went its scheduled distance, was leading, handing the defending champion a victory he might otherwise may not had been able to earn on the track. 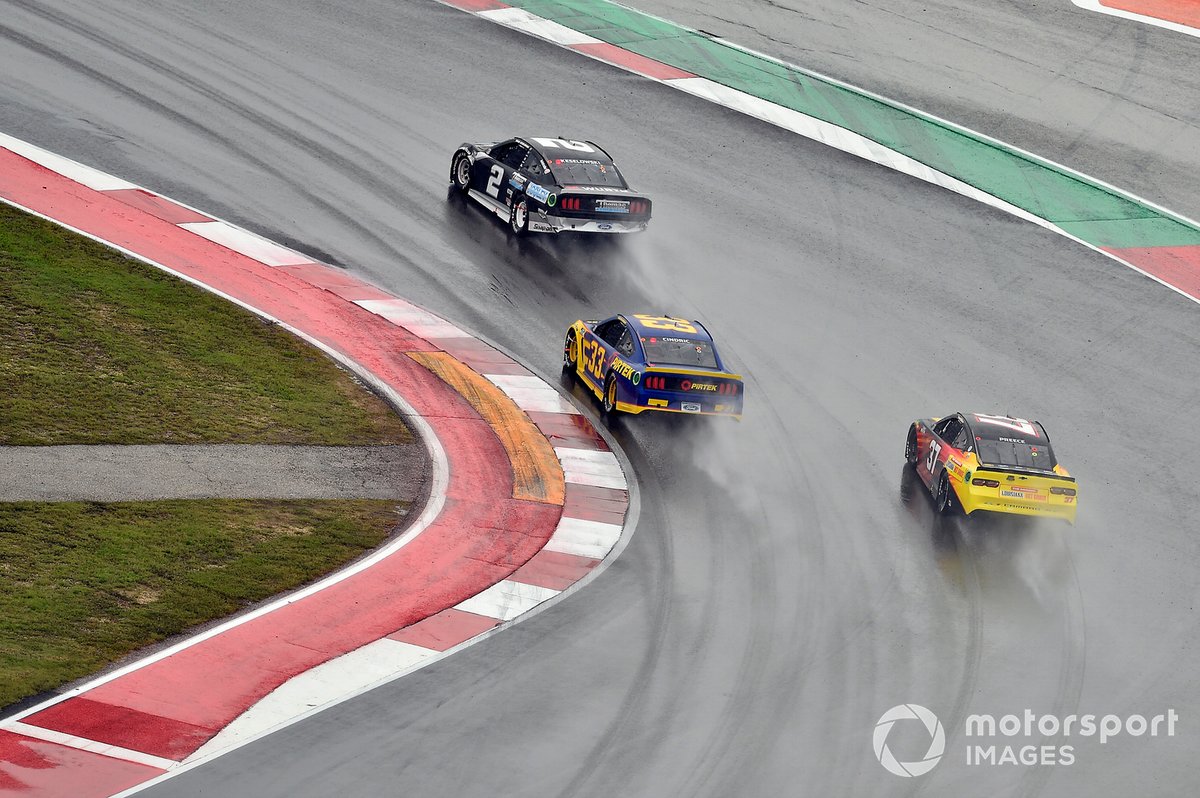 This being Elliott’s first of the season and allowing Hendrick Motorsports to tie Petty Enterprises for the most Cup series wins in NASCAR history, criticism of the timing of the call came quickly on social media. That was on top of the ongoing criticism from NASCAR’s earlier reluctance to halt the race in the face of worsening track conditions.

After the race, Scott Miller, NASCAR’s vice president of competition, admitted the sanctioning body could have reacted sooner.

“I would kind of own the fact that maybe we did let it go a little bit too long before we did something,” he said. “It’s a learning experience for all of us. We will learn. We will be better next time.”

There's no doubt that NASCAR will learn from the events of Sunday’s race, but the bigger issue is that it said it had done just that following the Xfinity Roval race, which took place under nearly identical conditions.

Why were those lessons apparently not learned and why did NASCAR decide to push the envelope again on Sunday when it came to racing in the rain? And, what has changed in the last couple years that has prompted NASCAR to want to run races in increasingly bad weather conditions?

Even some fans who have advocated NASCAR to race in the rain were criticising it for creating dangerous conditions on Sunday. But to be honest, some of them also criticised NASCAR for pulling the plug with Elliott in the lead. Take from that what you will.

After the race, Elliott was asked what he thought the right call would be in the situations that occurred on Sunday, and stressed “it’s not my call.” 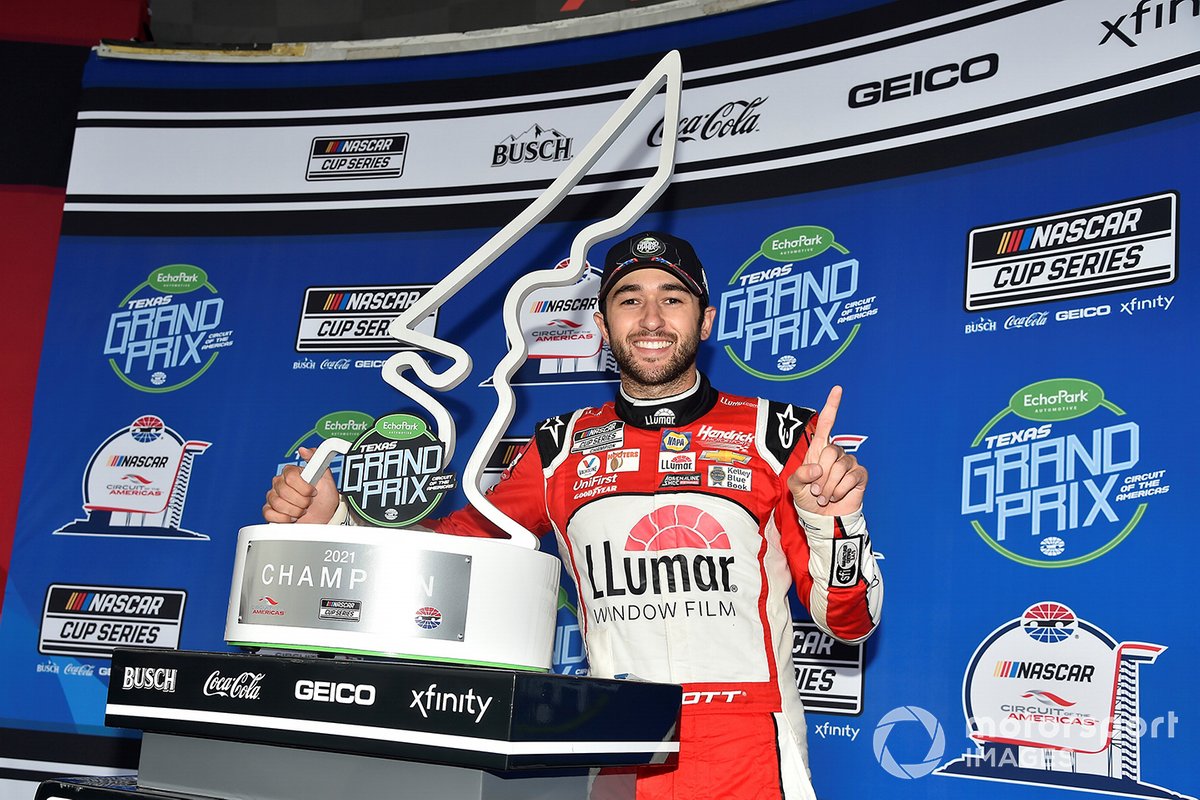 He is exactly right. It’s NASCAR’s call and NASCAR’s responsibility to conduct the race while officiating the rules it has set out for all competitors to follow.

For some unknown reason of late, when it comes to racing in the rain, NASCAR has decided to go where it has never gone before. And each time it does, it has seen the very predictable consequences – bad wrecks, biting criticism from its participants and being subjected to farcical conspiracy theories.

NASCAR continues to say it will learn from its mistakes. One wonders, though, why this lesson in particular seems so difficult to master. 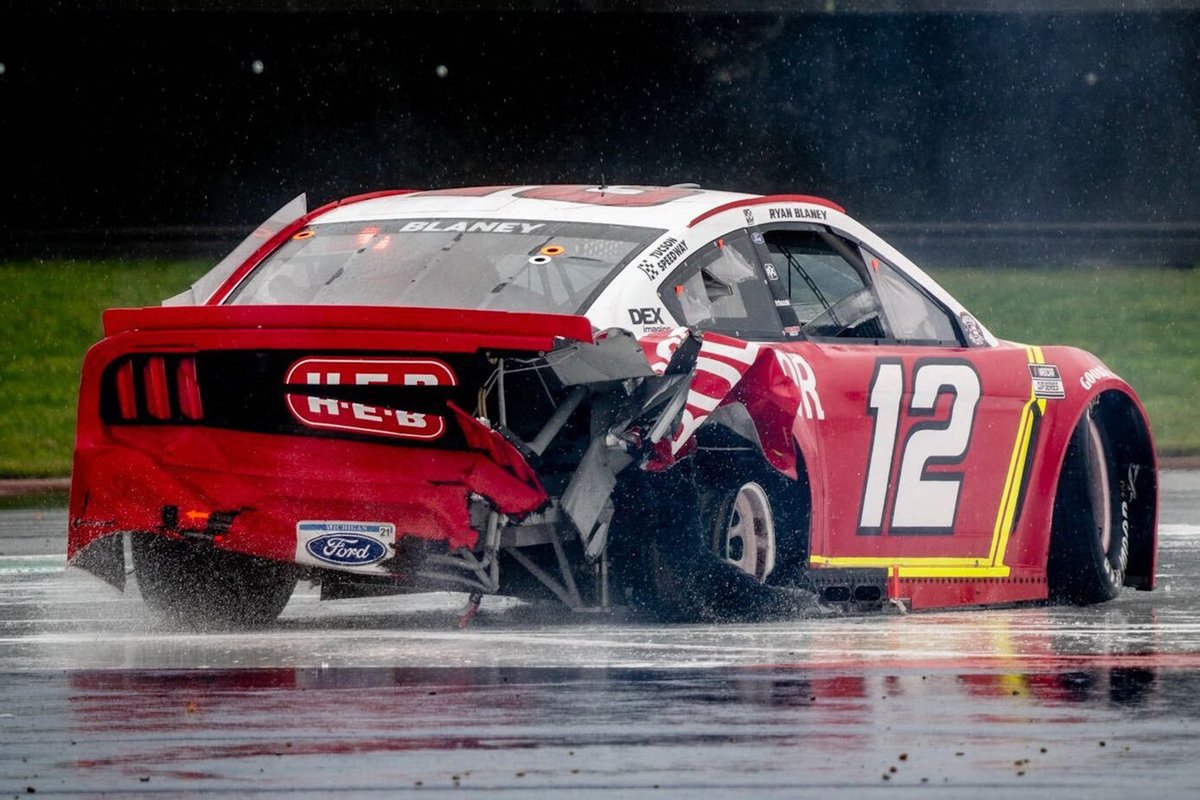