Almirola lost the chance to fight for victory in his best performance of the year so far at New Hampshire last weekend.

He had been in the lead battle until team-mate Clint Bowyer crashed and caused a restart that led to a showdown between Kyle Busch and Kevin Harvick, which relegated Almirola to third.

The SHR driver was signed from Richard Petty Motorsports as Danica Patrick's replacement after she called time on her career following sponsorship issues at the back end of 2017.

SHR has surged to the front of the field in 2018 with Harvick's six victories the most of any driver, and Bowyer's brace of wins taking the team's total to eight victories from 20 races.

"It's different from my past [racing for smaller teams], but I'm competitive," Almirola said.

"We played [board game] Candyland in the bus during the rain delay [at New Hampshire] and I don't like to lose to my kids playing Candyland.

"I'm just competitive by nature and I want to win, especially for everybody that believes in me and support me - Tony Stewart, Gene Haas, everybody at Haas Automation and Stewart-Haas Racing and Ford Motor Company and [primary sponsor] Smithfield.

"Everybody has put so much into believing in me and giving me this opportunity to come here.

"I feel like I owe it to them to win and to prove them right that they made the right choice. I'm frustrated that I didn't get to Victory Lane today." 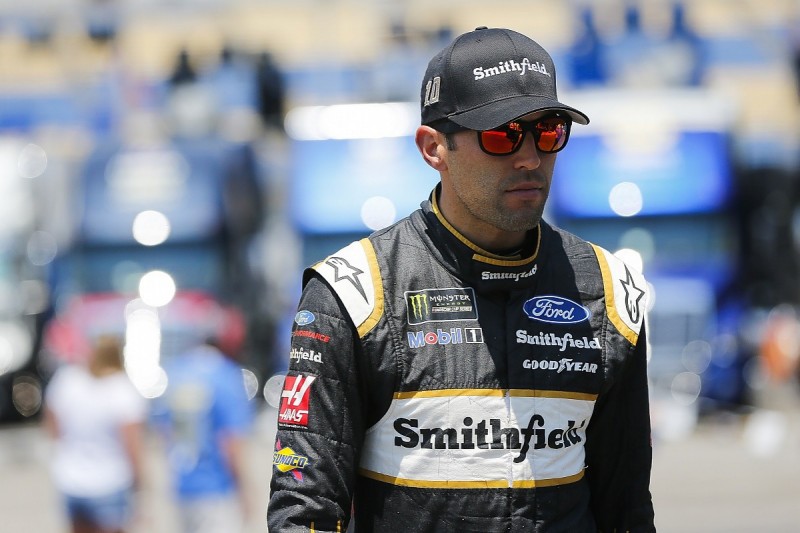 Almirola added that he "hands-down" had the best car at New Hampshire, which made him feel all the more frustrated with his podium finish.

"I'm disappointed," he said. "You think I'd be really excited to run top five and I'm not.

"They say you've got to lose some before you win some and I feel like we've lost some now and it's time to stop it and go to Victory Lane.

"I'm really proud of everybody at Stewart-Haas Racing.

"They're giving me incredible race cars and we showed up with cars capable of running in the top five and challenging to win races these last seven weeks."