Indianapolis 500 regular James Davison will make his NASCAR Cup Series debut at Talladega Superspeedway this weekend in the No. 77 Spire Motorsports Chevrolet.

The 33-year-old cousin of two-time Bathurst 1000 winner Will Davison has made five appearances in the IndyCar Series' marquee event since 2014 with a best finish of 12th last year.

As a replacement for the injured Sebastian Bourdais at Dale Coyne Racing in 2017, the Australian fought from 33rd to lead laps before being caught up in a late-race pile-up.

Davison, who will also be making his NASCAR oval debut, has four previous starts in the NASCAR Xfinity Series, all on road courses. His best result to date came at Mid-Ohio in 2017, finishing fourth for Joe Gibbs Racing. 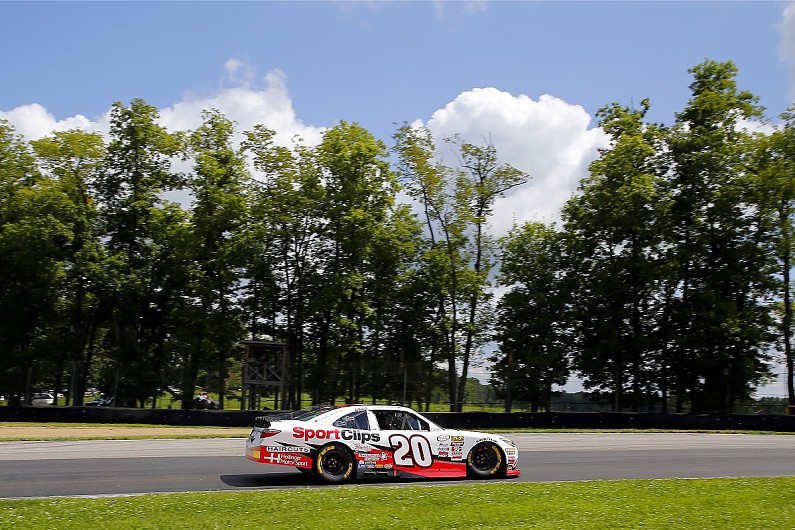 He becomes Spire's sixth driver of the season, with Ross Chastain, Reed Sorenson, J.J Yeley, Garrett Smithley and B.J. McLeod all taking turns behind the wheel.

The team's best result this season remains a 25th for Chastain in the season-opening Daytona 500.

Spire won last year's July Daytona race with Justin Haley when the event was called early due to rain.

Davison comes from a family steeped in Australian motorsport history.

His grandfather Lex was a four-time winner of the Australian Grand Prix before his death in 1965, and father Jon was a Formula 5000 racer and promoter of racing events at Sandown.

Gaze, who died aged 93 in 2013, inspired a special Anzac livery that Davison used in the Indy 500 last year.