Denny Hamlin fended off a late charge from Chase Elliott to record his third win of the season in the heavily delayed NASCAR Cup Series race at Homestead.

Lightning in the area of the 1.5-mile oval forced a two-hour suspension of the race after just five laps, and subsequent lightning strikes caused a further hour's delay to the event - which was held in front of 1,000 military personnel and first responders with guests.

Joe Gibbs Racing driver Hamlin, who was randomly drawn on pole for the first race at Homestead since 2001 that was not the championship-decider, re-started stage one in second place following a competition caution behind Team Penske's Ryan Blaney.

On Lap 76 of 80, Hamlin's JGR Toyota Camry eased by Blaney's #12 Ford Mustang to record victory in the opening segment of the 267-lap encounter, before passing Blaney once again in the second 80-lapper stage to dominate on his way to a relatively untroubled section win.

In the final 107-lap stage, Hamlin was leading, being pursued by Chase Elliott, Blaney and rookie Tyler Reddick, with the quartet forming a breakaway after the final green-flag pit-stops cycled out with around 50 laps to run once Hamlin had resumed the lead following Elliott's one lap undercut.

After that, Hamlin comfortably held Elliott at bay by around half-a-second, with Blaney and Reddick zoning in on the leading duo.

A slight barrier tap for Elliott left Hamlin in the #11 Camry free to take his third win of the season, 40th of his career and third at Homestead.

Reddick, in his first full season in the Cup Series put in a stunning performance for Richard Childress Racing to take fourth, at times putting the leaders under pressure before just fading at the end. 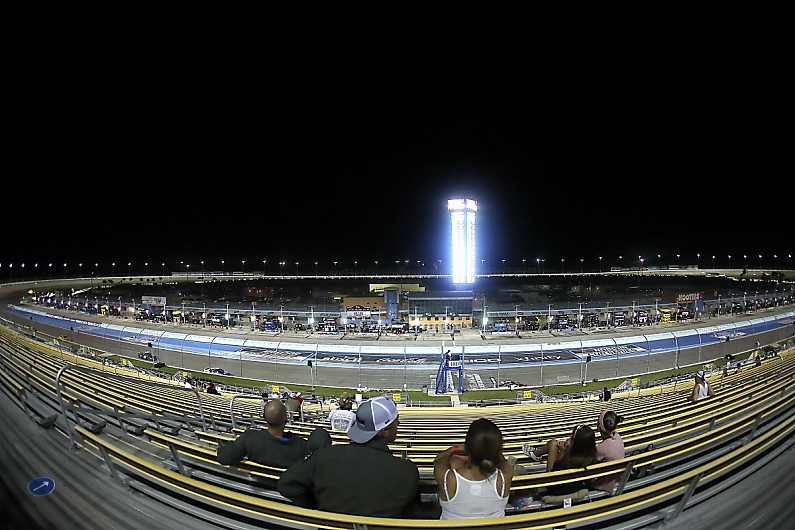 Reddick, whose two Xfinity Series crowns were sealed with victory at Homestead in 2018 and '19, started 24th on the 38-car grid and carved through the field in the opening laps, lying seventh by lap 15 and finishing third and second in stages one and two.

Aric Almirola was a solid fifth for Stewart-Haas Racing in a quiet race that featured only two caution periods for on-track action, ahead of reigning Cup champion Kyle Busch, who is still yet to record a Cup win in 2020 for his JGR squad.

Austin Dillon bounced back from the rear of the field following an uncontrolled tyre on pit-road penalty in his #3 RCR Camaro with seventh, just hours after he became a father for the first time following the birth of son Ace.

Christopher Bell made it two rookies in the top 10 with eighth for Leavine Family Racing, having made a long climb from 35th on the grid for the best result of his fledging career, heading home William Byron (Hendrick) and Brad Keselowski (Team Penske).

Martin Truex Jr, who won the mid-week race at Martinsville on Wednesday, was an anonymous 12th for JGR, with seven-time champion Jimmie Johnson also barely featuring on his way to a lapped 16th in his #48 Camaro.

Kevin Harvick (flat tyre) and Joey Logano (contact damage) also had races to forget in their SHR and Penske Mustangs, the duo crossing the line in 26th and 27th respectively, having not had the pace to recover from their incidents.