Several circuits are lobbying to stage the resumption of the 2020 NASCAR Cup Series as soon as May despite current coronavirus-forced lockdowns.

The NASCAR season has been paused since the 8 March race at Phoenix Raceway due to the COVID-19 outbreak, with the 8-9 May event at Martinsville in Virginia hoped to be the point when racing could resume.

However, NASCAR confirmed last week that this race has also been postponed, after the state of Virginia implemented further social distancing measures to quell the spread of the virus.

NASCAR recently revealed it was assessing a "potential return to racing without fans in attendance in May" at a yet-to-be-determined circuit.

This could potentially be the 24 May event at Charlotte Motor Speedway.

This past week, five Republican senators have lobbied North Carolina Governor Roy Cooper to amend his executive order to allow a race behind closed doors at Charlotte Motor Speedway.

However, a spokesperson for the governor said it was "too soon to predict" when a race can take place.

The circuit added: "Our desire is to run the Coca-Cola 600 with fans as originally scheduled on 24 May, but realise there are unprecedented circumstances and the parameters surrounding public gatherings remain a primary consideration.

"We look forward to working with Gov. Cooper in an effort that will allow race fans to once again enjoy action on the track as we all work through these challenging times."

Before any racing can happen, Governor Cooper will have to relax North Carolina's lockdown measures regarding the closure of non-essential businesses - with the majority of Cup Series teams based in Charlotte. 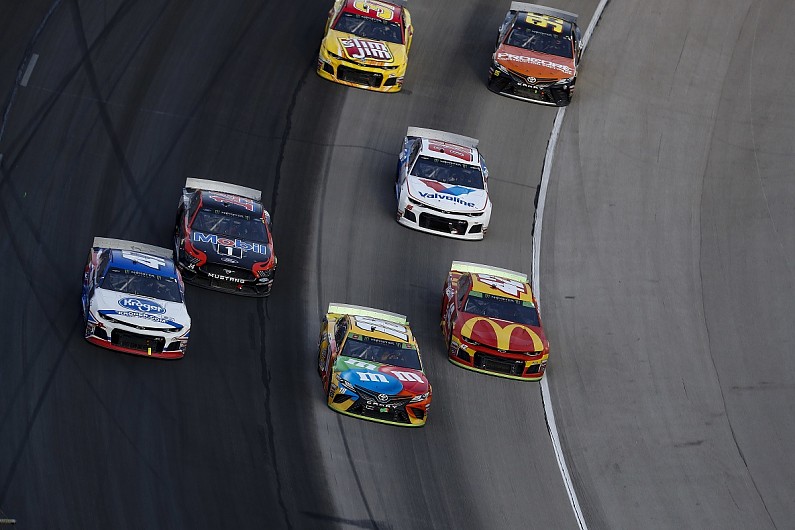 On Monday, the Governor for Texas Greg Abbott stated on social media that he'd spoken with NASCAR officials and hoped to announce plans to stage a race at Texas Motor Speedway behind closed doors "very soon".

Circuit boss Eddie Gossage admitted a race without fans would be "not perfect", but would be a "novel" solution to return to racing.

"Our sport is unique because the competitors are inside the race cars with no body-to-body contact like most other sports," Gossage said.

"That is a distinct advantage over other sports and why you will likely see auto racing as the first live sport returning to action."

Plans are also afoot in Florida, with Mayor Carlos Gimenez admitting recently that it would be possible to host a race behind closed doors at Homestead - which had originally hoped to do just this last month before the race was ultimately postponed - as soon as next month.