The resumption of the coronavirus-halted 2020 NASCAR Cup Series has been delayed further, after the May event at Martinsville Speedway has been postponed.

The coronavirus pandemic, which has now infected well over one and a half million people worldwide since the outbreak began at the start of the year, has caused chaos with the 2020 motorsport calendar.

All major international series are on hiatus at present, with only a handful having held any events at all this year.

NASCAR had to abandon plans to continue its season behind closed doors at Homstead and Atlanta in March, but had hoped to resume action at Martinsville on 8-9 May.

However, these hopes took a knock a fortnight ago when new social distancing measures were implemented in the state of Virginia where Martinsville Speedway is located.

On Friday, NASCAR confirmed the postponement of the event - though reiterated its desire to still host all 36 scheduled races this year, with May still the intended resumption date.

"NASCAR is postponing the scheduled events on 8-9 May at Martinsville Speedway," a statement read.

"Our intention remains to run all 36 races, with a potential return to racing without fans in attendance in May at a date and location to be determined.

"The health and safety of our competitors, employees, fans, and the communities in which we run continues to be our top priority.

"We will continue to consult with health experts and local, state and federal officials as we assess future scheduling options."

In its own statement, Martinsville Speedway said it will continue to work closely with NASCAR officials on a rescheduled race date, while maintaining contact with local and federal health officials for the latest information on the ongoing pandemic. 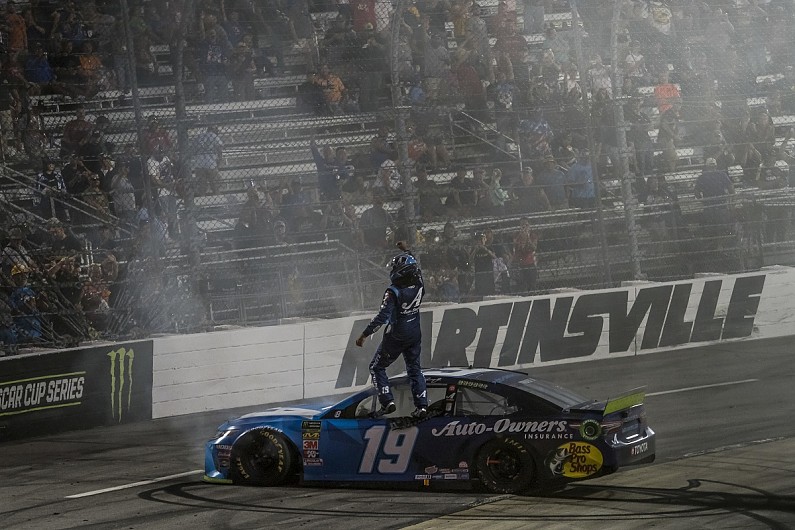 "We want to thank all of our dedicated fans who were set to join us during our May race weekend and our first NASCAR Cup Series race under the lights," said speedway president Clay Campbell.

"The well-being and safety of our patrons, NASCAR stakeholders, employees and our community continues to be our number one priority.

"We appreciate your patience and understanding during these challenging times and we look forward to having everyone back in the near future to help us make history once again at Martinsville Speedway."

This announcement comes just weeks after NASCAR confirmed it would be delaying the introduction of its Gen7 cars by a year to 2022 as part of cost-saving measures.

The new generation of car was hoped to entice a fourth manufacturer back to NASCAR for the first time since 2012.

In lieu of real-world racing, NASCAR has been hosting Esports events featuring many of its star names.

However, this hasn't been without controversy.

After 'rage-quitting' a race, driver Bubba Wallace lost a sponsor, while Kyle Larson lost his Ganassi seat, his major sponsors and is under indefinite suspension by NASCAR for using a racial slur during an online race this week.