Qualifying for the 2019 NASCAR Cup Series title decider at Homestead has been cancelled and the four championship contenders handed the first two rows of the grid.

After persistent rain showers washed out both Friday's planned practice sessions, NASCAR made the decision to forgo Saturday's scheduled qualifying session and replace it with 50 minutes of practice.

The starting line-up will be set by owners' points with the four title contenders placed 1-2-3-4 on the grid.

As per the rule book. Denny Hamlin will have pole position ahead of Kevin Harvick, Martin Truex Jr and Kyle Busch.

With all four drivers tied in the standings due to the points reset, the order is based on their best finishes from the semi-final round of the playoffs. 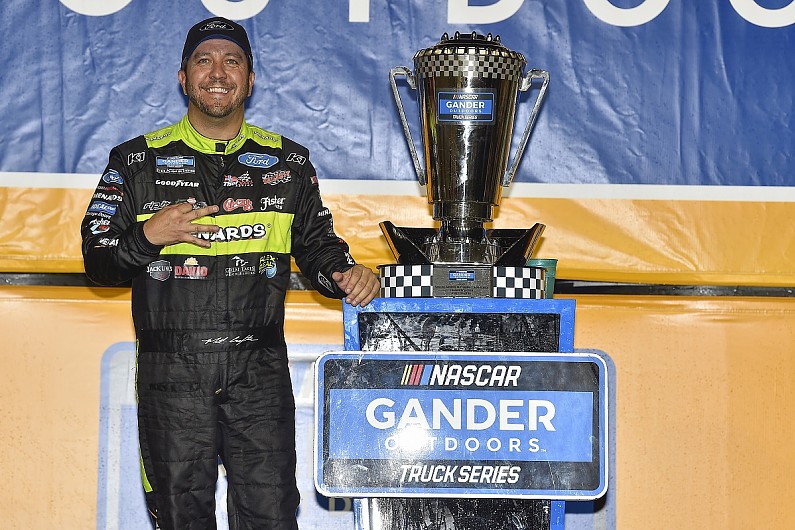 The first of NASCAR's 2019 national titles was decided on Friday night in the Truck Series race.

Matt Crafton claimed his third championship in the series by finishing second to Austin Hill, who had been knocked out of the title hunt at Phoenix last week.

ThorSport Ford driver Crafton did not win a race this season, but still made it through to the finale in title contention.