The Charlotte Roval will redesign its backstretch chicane ahead of the 2019 NASCAR Cup Series race in a bid to improve overtaking.

The chicane is located after the NASCAR field turns through the oval circuit's banking, before then heading onto the backstretch and into the Turns 11-12 complex.

Previously, the original chicane layout proved difficult for overtaking and featured several incidents including Darrell 'Bubba' Wallace's heavy collision with the outside wall at the chicane's exit during practice.

The chicane was previously 32-feet wide at its widest point and it will now be widened by another 22 feet.

It will incorporate more run-off to encourage overtakes at the chicane, with the outside wall moved to accommodate more on-track space.

Marcus Smith, president and CEO of Charlotte owner Speedway Motorsports said: "The Bank of America Roval 400 is all about excitement and creating memorable moments for our fans.

"Having our backstretch chicane upgraded will give drivers an additional opportunity to go for a season-making or season-breaking pass, as we saw on the frontstretch chicane last year.

"Every turn matters on the Roval." 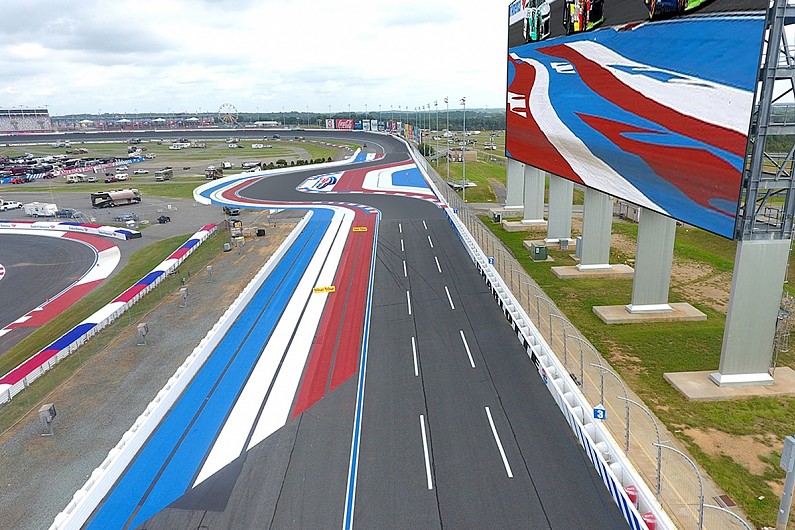 It is believed the new chicane layout, pictured above, will require heavier braking and sharper entry, with the wider radius allowing more lines for overtaking.

Larson said: "My hat's off to Marcus and the team at Charlotte Motor Speedway for talking with drivers and industry experts as they work to further improve the Roval.

"The changes to the backstretch look like they will help create an additional passing zone and make it that much more exciting for the fans.

Construction on the chicane began last week and is expected to conclude in early August. 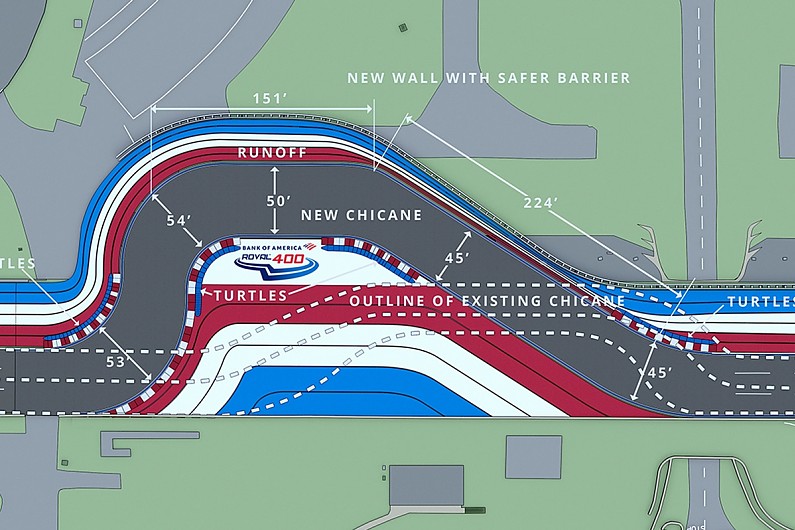