Dale Earnhardt's grandson Jeffrey has been on the NASCAR scene for a decade, but regards his 2019 Joe Gibbs Racing deal as "only the beginning" of his racing career.

The 29-year-old has amassed more than 150 starts across NASCAR's three national series - Cup, Xfinity and Trucks.

But this season should provide Earnhardt with his best chance yet to show what he can do.

He will contest nine Xfinity races with JGR, beginning with Saturday's season-opener at Daytona, and another seven events - five in Xfinity, two in Cup - for the new Xtreme Concepts Racing team, which will have a technical alliance with Gibbs.

The programme got off to a very strong start when he qualified on the front row at Daytona, beaten only by reigning champion Tyler Reddick.

"It's been a lot of hard work and a lot of sleepless nights to get to where we are now but it's all paying off. It's only the beginning," Earnhardt told Autosport ahead of the season.

"It's been a long road but it's almost scary to say this is only the beginning. It really is.

"I think it's the beginning of a change in my whole career."

Earnhardt has struggled to get into competitive equipment ever since an early opportunity on a General Motors driver development programme over a decade ago.

In 2012, he even briefly flirted with competing in mixed martial arts instead.

He insists his entire focus now is on developing a successful NASCAR career.

"Everyone keeps asking me what I would do if I wasn't racing, but I'm not sure I'm good at anything else. Racing is all I've ever known," he said.

"I haven't given up on racing yet and I'm sure as hell not going to give up now."

Earnhardt only hit the track in a JGR car for the first time in practice at Daytona on Friday but said the time he has spent with the team since his deal was announced last November has already made an incredible difference.

"The knowledge I'm getting to better myself as a driver is what I am most looking forward to," he said.

"It's been really hard to get that opportunity. It's hard to compete with these guys that have these big notebooks and all these resources available to them to make themselves better. 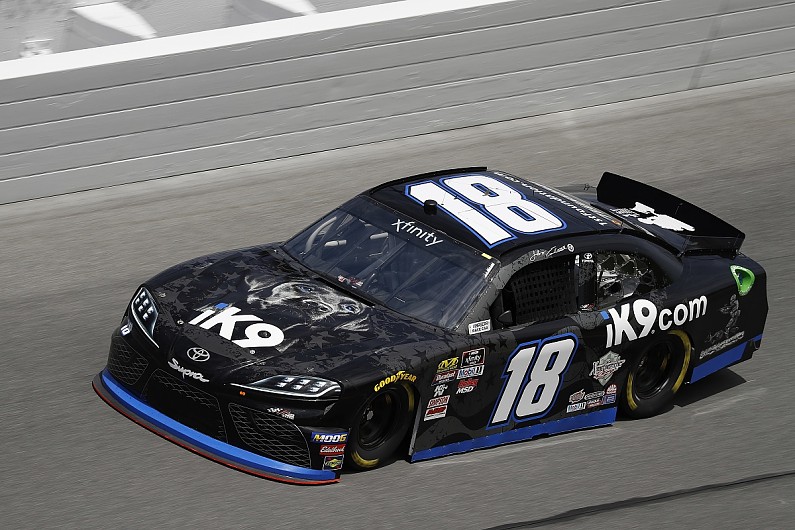 "It really is such a great opportunity to better myself as a driver and launch my career.

"Don't get me wrong, I'm very thankful for every opportunity I've had but this is by far the best, probably the best ever."

Among the drivers Earnhardt will alternate with in the car this year are JGR Cup racers Denny Hamlin and 2015 champion Kyle Busch.

Earnhardt is not shying away from the challenge.

"If you don't feel like if given the right equipment you can't go out there and win a race, then why are you out there?" he said.

"People might call it cocky. Say what you want, but if I'm out here not thinking I can win a race then I shouldn't show up.

"Now, I'm driving cars that win about every time Kyle Busch gets in them. You look at all those races Christopher Bell won last year and all the success that they've had in their Xfinity programme.

"The equipment is there and if I don't perform, then it falls on me. I am not worried about that part."