Penske's Ryan Blaney thinks Ford has more to gain from analysing Chevrolet and Toyota's 2018 data in the upcoming NASCAR Cup races at Phoenix and Fontana than from so far.

Ford claimed dominant victories at both Atlanta and Las Vegas with Kevin Harvick and Stewart-Haas, following Austin Dillon and Chevrolet's win in the Daytona 500.

Blaney sits second in the standings, behind Penske Ford team-mate Joey Logano, and he feels that the first short-track visit of the season at Phoenix this weekend will allow teams to uncover more reliable data about each other's true strengths.

"I think there will be a little bit more to gain by looking at other teams' stuff at Phoenix," said Blaney.

"It might be more of a factor this weekend when you're off the throttle a lot and you're braking pretty heavily.

"We need to see what other people are doing braking technique-wise but, honestly, outside I can learn a bunch from [my team-mates].

"Just braking stuff like where everyone is lifting, how hard they brake, how long they brake and whether they're trail-braking or not. 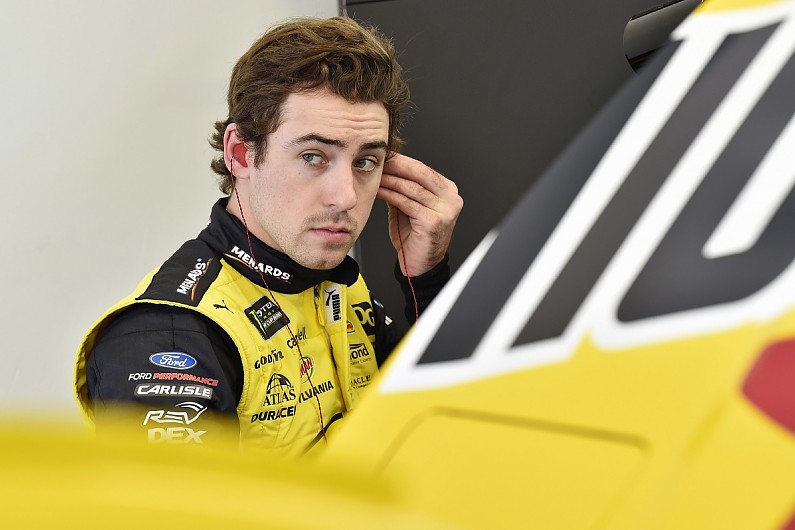 "I looked at Harvick's stuff a little bit from Vegas, but I haven't looked at any of Toyota or Chevy's stuff yet.

"At Vegas and Atlanta you're completely off the gas and you're lightly braking.

"There's different things each and every driver does with the pedal to get around the corner so I think that's where we'll see a bit more."

Ford has continued to work with the Fusion introduced at the beginning of 2013, for the Gen-6 rules, and has made updates to the existing model.

Conversely Toyota introduced a brand new Camry in 2017 and the latest Chevrolet Camaro was brought in for '18.

The age of the Ford means that its 2018 form has been a surprise, but Blaney said the upcoming races will reveal whether its pace will hold up.

"It's cool that the Fords are off to a really strong start now and the #4 car [Harvick] is obviously very fast, but we're pretty close behind," he said.

"I thought Vegas was a pretty good showing for us, so we'll see where we are with our short-track experience at Phoenix. We've got a new idea going there so hopefully, we can go a little bit better.

"Fontana will be the first two-mile race we go to, so then we'll have even more of an idea of where we all are."