Harvick dominated last weekend's Las Vegas round, which was his second consecutive victory, and passed an at-track inspection.

But shortly after the race, photos surfaced that appeared to show the rear window of Harvick's Ford bowed in on the right-hand side, and NASCAR issued Harvick's Stewart-Haas Racing team penalties on Wednesday.

NASCAR did not determine the team used any illegal parts and only mentioned a brace holding the window in place had failed.

Asked on Friday if he thought he would still have been penalised without scrutiny from social media, Harvick said: "I don't think so. That's a slippery slope.

"You see the repercussions of all the pictures and things that pop up from previous races that immediately show that is not something that has ever been taken before.

"Sometimes you just feel like you have maybe been proven a point. I think that's more the case than anything here.

"The root of the problem is that my friends that don't follow racing are very confused on a penalty that comes out on Wednesday.

"It just feels like it's a micromanaged situation from above what these guys do in the garage, to appease people sitting on social media trying to officiate a sporting event instead of letting these guys in the garage do what they do and do a great job with it week in and week out."

Harvick said crew chief Rodney Childers had been given no indication inspectors had issues with the car when he left NASCAR's Concord R&D centre following the inspection.

Childers was fined $50,000 for the infraction, car chief Robert Smith was suspended for two races and Harvick lost the use of the seven playoff points he collected from the race, while he and the team were each docked 20 points.

The team has yet to decide whether it will appeal. 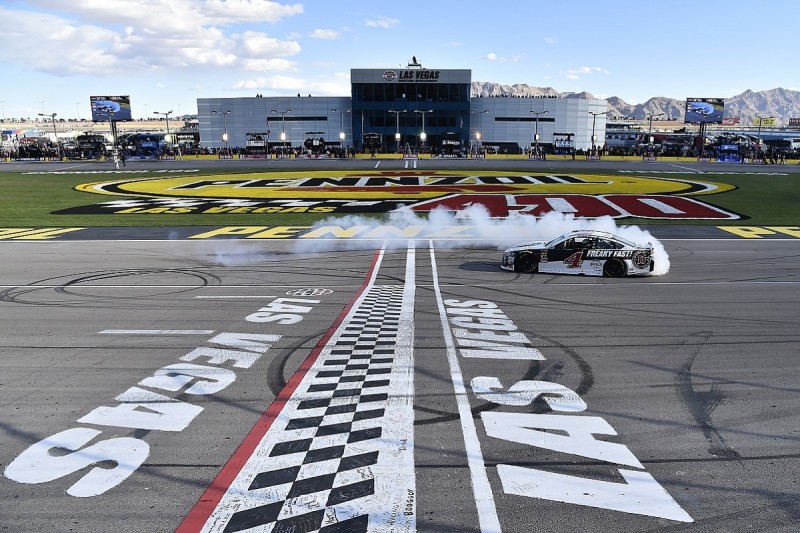 Harvick said he "hands down" would still have won the race without the issue.

"If you look at Atlanta, the car was there [NASCAR's R&D centre] the week before," he said.

"If you have to find a technicality that is that deep, that's the thing that is frustrating from a team standpoint and especially the explanation when you look at the window bracing and the way the window is attached to the car.

"You could call that penalty on any car in the field at some point."

Harvick said he wanted NASCAR to use a consistent process in determining penalties.

"If you want to officiate it with pictures during the race and call people to pit road and do those types of things, from a NASCAR standpoint I'm fine with that, as long as it's consistent," he said.

"As you can see, from a lot of the pictures roaming around on the internet this week, it's not consistent."