The owners of a NASCAR Whelen Euro Series team will make the move into the Cup Series from 2022.

Team Hezeberg, a joint effort between racing legend Toine Hezemans and Dutch entrepreneur Ernst Berg, plans to field the No. 27 Ford Mustang in several races next season as the Cup Series debuts the Next Gen car.

The team’s operations in the United States will be based at Reaume Brothers Racing in Mooresville, North Carolina.

“The introduction of the Next Gen car by NASCAR is at the core of our decision to build a team and join the NASCAR Cup Series,” said Toine Hezemans, a native of Eindhoven, Netherlands.

“This new concept is the perfect challenge for us and the model NASCAR built around the Next Gen car makes the American market even more interesting, generating opportunities for a team to prosper.”

The team has one car already built and will participate in the Next Gen test on Monday and Tuesday at the Charlotte Roval with 2019 NASCAR Euro champion Loris Hezemans and former Formula 1 and Indy 500 champion Jacques Villeneuve.

Loris Hezemans, 24, plans to compete in all the road course events on the Cup schedule in 2022, and other oval tracks once he is approved by NASCAR.

“I am out of words to describe the excitement of the future that awaits us with Team Hezeberg. It started off with an idea in 2019 when we first heard about the Next Gen car and now we are nearing our first ever Cup test seems simply surreal,” said Hezemans.

“I am thankful to NASCAR for giving me the opportunity to participate in this test at the Charlotte Roval and gain experience as well as bring feedback to the team. I will be looking to continue working on my (track) approvals for the future.’’ 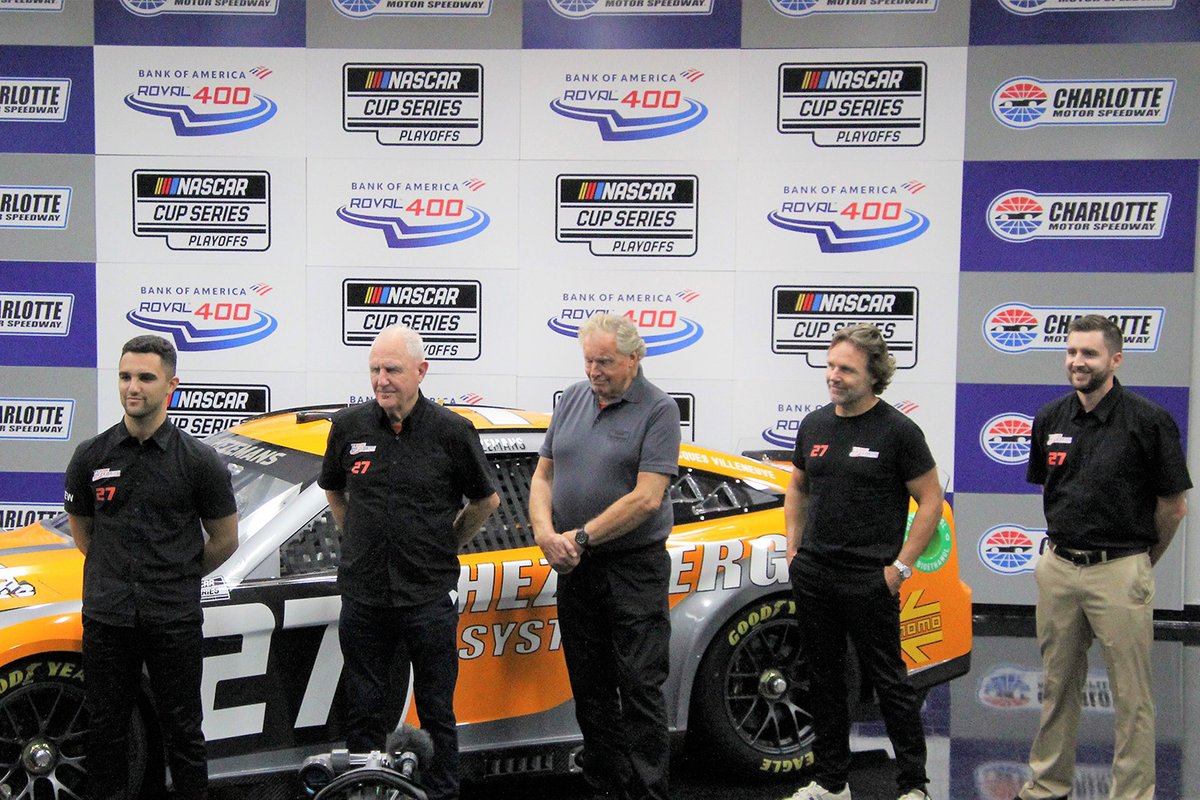 Hezemans said he will focus his racing efforts in 2022 in the NASCAR Cup and Xfinity series and will no longer compete in Europe.

The Next Gen car’s features are very similar to the design of NASCAR Euro cars, which the team said should help with costs and driver comfortability.

“It has for the first time independent suspension with a European type sequential gear box,” Toine Hezemans said. “It has 18-inch wheels, which is a revolution I understand. The suspension, the brakes are all essentially as in Europe. This car is fantastic.”

The team brought its Next Gen Ford Mustang to its announcement at Charlotte Motor Speedway on Saturday, which was adorned with the team logo and a bright orange livery.

“It’s now becoming quite popular, car racing in general, thanks to our Max Verstappen who is making complete Holland crazy,” Toine Hezemans said. “It’s all in orange and that’s why, we choose his colors.”

Hezemans won three European championships and all major endurance races between 1970 and 1978, including the 24 Hours of Daytona, the legendary Targa Florio, and a class win in the 24 Hours of Le Mans.

Both Loris Hezemans and Villeneuve will return to NASCAR Euro competition on the 30-31 October at the 2021 Finals in Vallelunga, Italy.