Kevin Magnussen will switch to DAMS for his second season in Formula Renault 3.5.

The McLaren junior driver raced for Carlin in his rookie campaign, taking one win on his way to seventh in the championship.

Magnussen spent three of the five days of post-season testing with DAMS, and was fastest each time he drove for the French outfit.

"Right from the first day I felt at home in the team and I had no doubts that it was the one I wanted to work with in 2013.

"I am very impressed by the way the team works and their methods are clearly the ones you need to use to win.

"In 2013 I'm going to be fighting for the title and I'll be up against tough opposition. We've got great potential thanks to the team's immense know-how and the experience I've gathered in 2012."

Magnussen will join Formula Renault graduate Norman Nato at the team, and DAMS boss Jean-Paul Driot believes his lead driver can fight for the championship next year.

"Kevin is a very gifted, quick driver as he demonstrated in World Series by Renault this year, so we are delighted to welcome him to the team," said Driot.

"Our collaboration has begun in the best possible fashion and we have common objectives; namely victories to put us in a position to fight for the title.

"I hope, and indeed I'm convinced, that we can achieve them together." 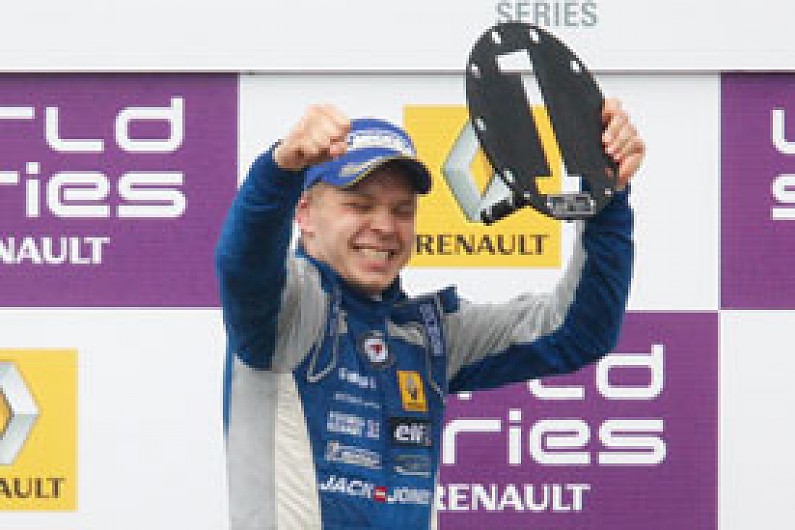 On paper, the 'first-season' results of Kevin Magnussen and DAMS (competing in the series for the first time since 2005) don't suggest that the tag of title favourite should be instantly placed here.

But both driver and team had a 2012 season that was more impressive than it looked from afar. Magnussen's seventh spot in the championship looks solid, but he was only fifth of a very strong rookie crop.

However, after spending the first half of the season combining flashes of speed with rookie errors, Magnussen came back from the summer break with a plan to calm down and spend the rest of the campaign turning himself into a driver capable of a 2013 title push.

A last-lap gearbox failure in Hungary robbed him of a reward for trying to show some maturity first time out, and while the results remained patchy as the year drew to a close, the Dane left the Barcelona season finale delighted with how much he had learned in 2012.

He described this year as the hardest of his career, but also the most rewarding. As his post-season testing consistency showed, he is mastering the art of harnessing his talent on a more regular basis.

As for DAMS, a double pole position at the season opener with Arthur Pic showed that the team, which has now steered drivers to back-to-back GP2 titles, had a fast car out of the box on its return to FR3.5 this year.

However, the French squad was let down by its driver line-up of Pic and Lucas Foresti. The former had an abundance of pace over a single lap - which showed how fast the car was - but his race performances too often let the team down.

Finally: yes, it's easy to dismiss testing performances. But that's what too many of 2012's expected frontrunners did when Robin Frijns was setting the pace ahead of stepping up from the Formula Renault Eurocup. And we all know how that worked out.