Pramac Ducati rider Johann Zarco topped a post-race MotoGP test at Jerez that was twice red-flagged on Monday despite suffering a crash.

Following Sunday’s Spanish Grand Prix – won by Ducati’s Francesco Bagnaia – the MotoGP paddock stayed at Jerez for an extra day for the first in-season test of 2022.

The day began at 10am local time, with Honda’s Pol Espargaro topping the first hour with a 1m37.556s as HRC began a vital test following its difficult 2022 season thus far on its radically revised RC213V.

But disaster struck fellow Honda rider Takaaki Nakagami around 10 minutes into hour two, when the LCR rider crashed at Turn 1 and brought out a red flag.

Nakagami was taken to the medical centre for scans on his knee, and though no fractures were found he headed to Barcelona for further scans.

Quartararo tested a new swingarm aimed at improving rear grip, as well as trialling a new front fender and Brembo’s new 355mm brake discs that will be used at hard-braking tracks such as Red Bull Ring, Motegi and Buriram later this year.

The day proved to be crash-strewn as conditions were cooler than they were at the weekend, with Aprilia’s Maverick Vinales, RNF Racing’s Darryn Binder on two occasions, his KTM-mounted brother Brad Binder and Remy Gardner (Tech3 KTM) all taking tumbles. 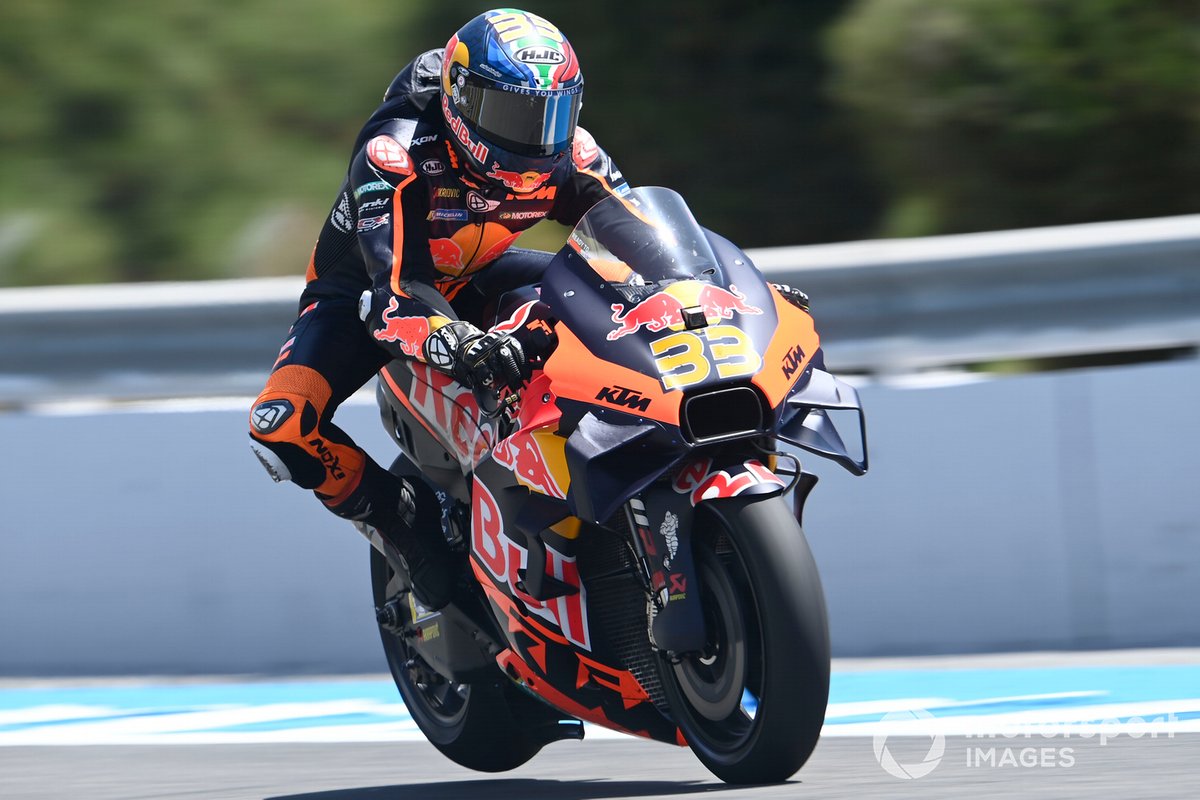 By the end of hour three, Pramac’s Zarco had taken over at the top of the timesheets with a 1m37.136s.

He too would crash with just under four hours of the session remaining, but his lap time would go unchallenged through to the chequered flag.

The session would be red-flagged for a second time with around an hour and 45 minutes to go when Aprilia test rider Lorenzo Savadori suffered an issue which left fluid on circuit.

This led to a stoppage of around 40 minutes, with Aprilia’s Vinales stopping at Turn 1 in the final hour when action resumed.

Few riders took to the track after the second stoppage, with Zarco remaining fastest of all 0.158s clear of KTM’s Binder.

Quartararo completed the top three ahead of Ducati’s Jack Miller and Pol Espargaro, while Joan Mir – who feels he improved turning on Monday – was sixth on his Suzuki.

Aprilia’s Aleix Espargaro was seventh ahead of the sister Suzuki of Alex Rins, who says he was able to improve the front-end issues which led to his bike feeling like “a cat in water” on Sunday. 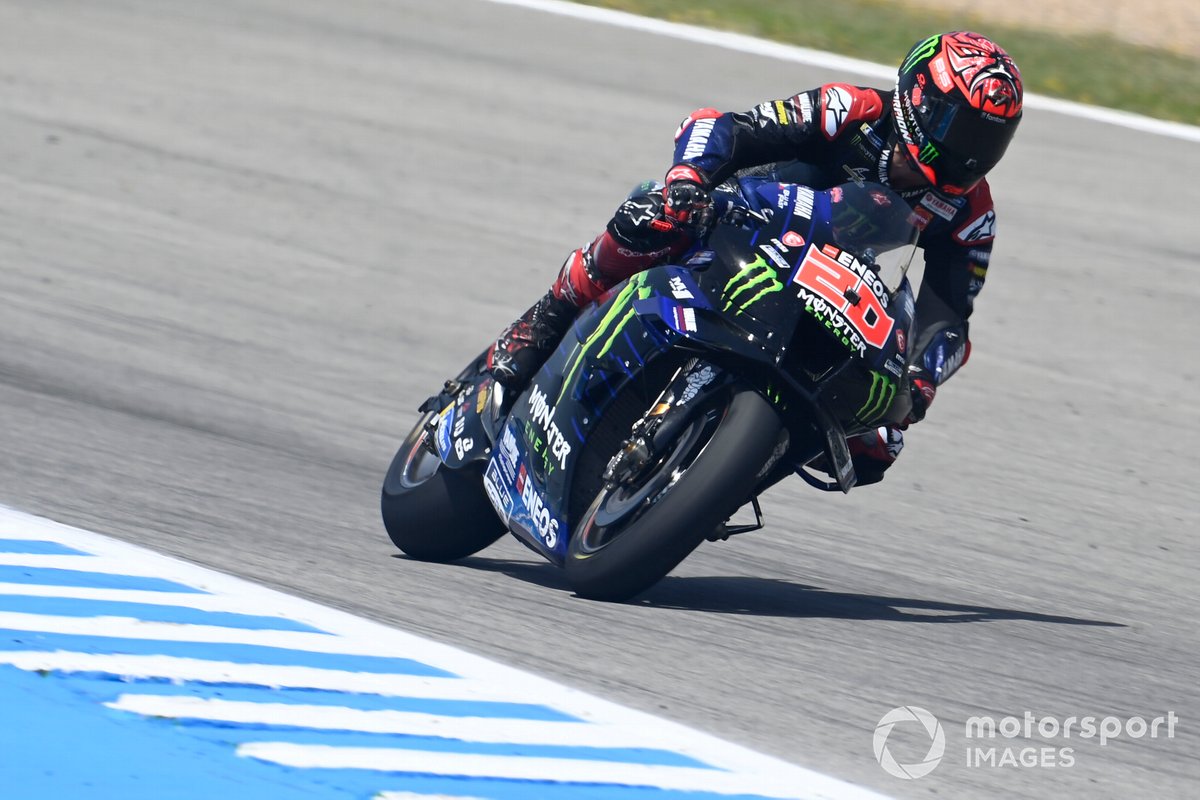 Jorge Martin was ninth on the sister Pramac Ducati, with Gresini Ducati rider Enea Bastianini rounding out the top 10.

Spanish GP winner Bagnaia only completed 24 laps on Monday before calling it a day and was 12th behind LCR’s Alex Marquez.

Marc Marquez was 15th after 60 laps of running as had three different specifications of Honda to test on Monday.

The six-time world champion edged Vinales and Yamaha’s Franco Morbidelli, while there were no laps for HRC test rider Stefan Bradl or Tech3’s Raul Fernandez – who was forced to miss the Jerez weekend due to injury.