Jorge Lorenzo admits he was "lucky" to finish on the podium in the Malaysian Grand Prix, and take his best wet-weather result of the MotoGP season

The outgoing champion has largely struggled in mixed-weather and cool conditions this season, lacking confidence with the new-for-2016 Michelin tyres.

He insisted that qualifying third at Sepang on Saturday in the rain was no surprise, and led the race briefly before being shuffled down to sixth by the end of the first lap.

Lorenzo stuck with the leading five riders initially, but had drifted the best part of 10 seconds behind by the time Andrea Iannone, Marc Marquez and Cal Crutchlow crashed in the space of two laps, which elevated him to third.

"I stayed on the bike, even if I didn't feel very good today," Lorenzo said.

"It was worse than in qualifying with a bit more water on the track.

"I feel lucky, because all of the crashes were in front of me this time.

"This gave me the opportunity to pass from sixth place to third and have this podium in the rain that is good for the confidence in these conditions.

"It was a good result, maybe not a spectacular race, but it's important to get another podium." 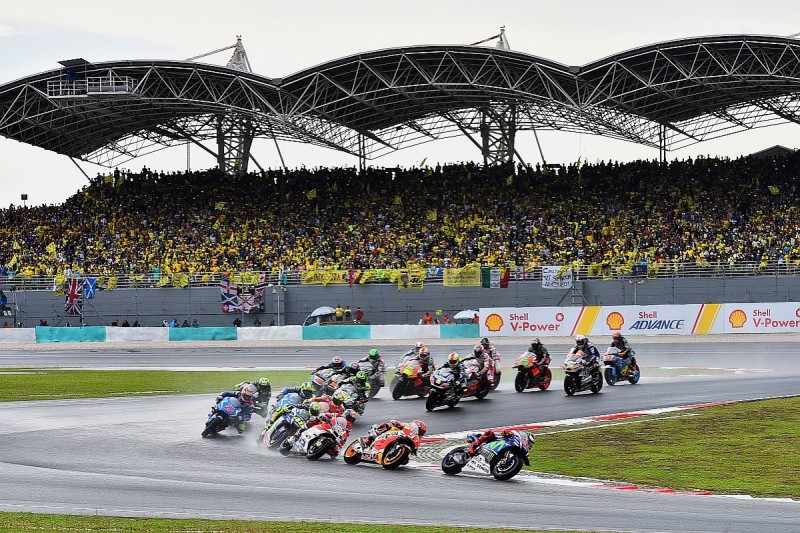 In the year's other mixed-weather races, he was 10th and 27.604s behind the winner at Assen, 15th and 77.694s behind at the Sachsenring and 17th and a lap down at Brno, where he was further delayed by tyre issues.

While the track dried during the preceding Moto2 race, heavy rain storms led to the MotoGP race being delayed by 20 minutes and shortened by one lap to 19.

"I didn't want a mixed race, I was almost praying for it to rain," he said.

"There was too much water, we needed to delay the race.

"[Race direction] heard the riders and we were lucky to start later, and finally the track was safe and everyone could ride quite well."