After nine seasons at Yamaha, three-time premier class champion Lorenzo left to join Ducati at the start of the season, and was replaced by Suzuki convert Maverick Vinales.

However, Vinales and team-mate Valentino Rossi struggled to overcome the rear grip problems of the 2017 bike, and finished third and fifth in the championship standings respectively.

Asked whether his team was "missing" Lorenzo, Jarvis said keeping the Mallorcan rider on board would not have dramatically altered its fortunes.

"Do we miss him [Lorenzo] as such? No," said Jarvis. "Of course we had a long relationship with Jorge, he won three titles with us, so we have a lot of fond memories of Jorge and we still see him around the paddock.

"I think we would have encountered the same problems that we encountered with or without Jorge. I miss him on a social level, but I don't think in terms of performance.

"Maverick has had a very good season with us, finished third, he's making a step forward. Potentially he could have done better if we'd given him a better tool.

"What we did with Jorge was great, but now we're on a different path and that's also fine." 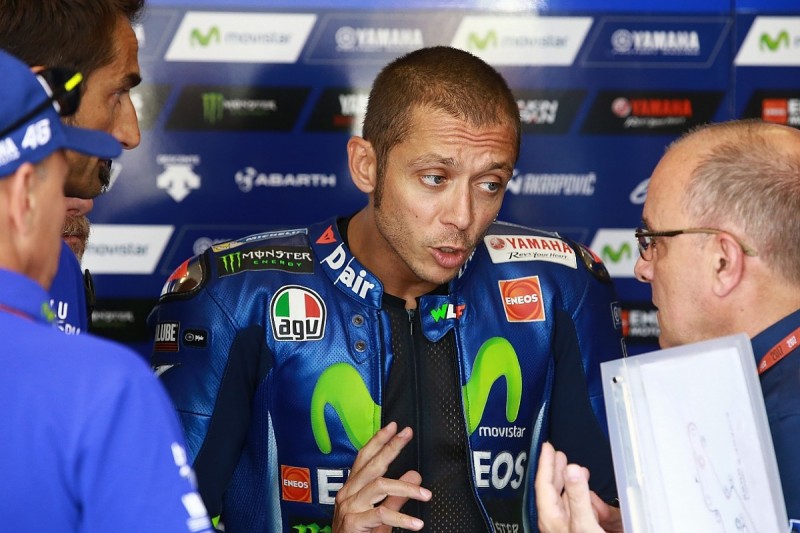 Rossi said that he believes the problems of the 2017 M1 would have remained the same regardless of who his team-mate was, despite the disparity to Vinales in the early part of the season.

"I thought about this, but I think it's a coincidence," said Rossi.

"Last year [in Valencia], Lorenzo went off [to Ducati] on Sunday and I got on the [new] bike on Tuesday, and I told him that I didn't think the bike was for me. However, Vinales was very fast.

"Perhaps if Lorenzo rode it, he would have agreed with me. But I don't think that it was for this reason [that we struggled].

"In my opinion, the original error was that this bike was made to solve problems which it did not solve."

Suzuki admits it 'missed' satellite MotoGP team in 2017 after all