The British rider moves to Aprilia for next year in place of his countryman Sam Lowes, having been pushed out of Pramac by Jack Miller, who switches from Marc VDS Honda.

Redding had raced for Marc VDS in Moto2 and his rookie MotoGP season, and although he struggled with the top-class Honda in that campaign he said the relationship he had formed with Marc VDS had been much stronger than he felt at Pramac.

"I've had a great time here, the whole team has been really great to me, but there's not really an emotional attachment like there was at VDS," Redding admitted.

"I've had two years here, two different crew chiefs [Giacomo Guidotti and Christian Pupulin], it's been harder this year and I feel a little bit of love lost.

"It's been harder for the guys to keep the spirit.

"Maybe a couple of guys [in the team] I've bonded with a bit more, but honestly I'm not really attached to them. I'm looking on to bigger, better things." 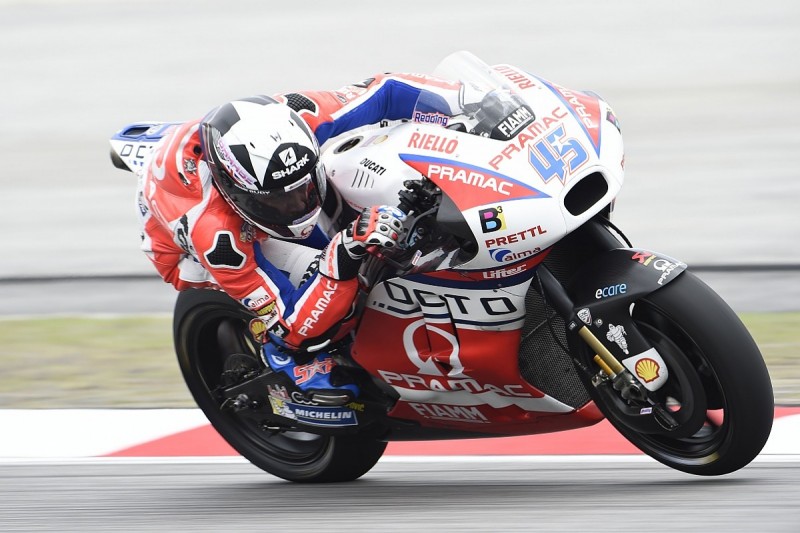 Redding, who thought his MotoGP his career was finished before being approached by Aprilia to replace Lowes, added that he had struggled with the handling of the Ducati GP16 from the early part of the season.

"I feel like I've been in a fight most of the year with the bike, with my hands tied behind my back, and I'm just getting punched left, right and centre," he said.

"At the beginning of this season I already struggled a lot with the bike, really a lot.

"It's not just me, it's with a lot of riders. You'll see some races they're there then they disappear, but the team worked hard all year.

"There were moments we fought a little bit because a bit of motivation to continue when you don't get a result is hard, and for us it was every weekend."

Redding's best results this season were seventh places at the Losail season-opener and Misano.

Finishing 14th in the championship, he failed to achieve his pre-season goal of being the top rider on a year-old GP16 Ducati, finishing behind Aspar rider Alvaro Bautista.