Suzuki admits it 'missed' satellite MotoGP team in 2017 after all

Since its MotoGP return in 2015 Suzuki has only had its two factory bikes on the grid, while rival marques Honda, Yamaha and Ducati all supply customer teams.

After winning a race in 2016 Suzuki endured a torrid 2017 and failed to score a podium finish with new signings Andrea Iannone and Alex Rins.

Brivio said earlier in the year that a satellite operation was not on the horizon as it would deprive the works squad of resources, but has now admitted its poor 2017 campaign may change the situation.

"This year showed we were missing a satellite team," admitted Brivio.

"If we had two more riders on track we could get much more information and probably also would have been useful for development.

"We would like to have another team helping us, supporting us, and this is a discussion going on inside the factory. I hope we can do, but it's quite early for us to say.

"For Suzuki, it's difficult, because we've never had experience of providing bikes to other teams. But we hope we are able to do one day."

Aprilia has also expressed interest in establishing a satellite team, but the Italian marque's racing director Romano Albesiano said it is not a "priority".

"Aprilia is of course open to supplying a satellite team in future," said Albesiano. "It's not the priority, the priority now is the technical development.

"There are positive and negative things for a small structure, as we are.

"You have more chance to get a result with more riders, but also it gets more complicated, the organisation of parts." 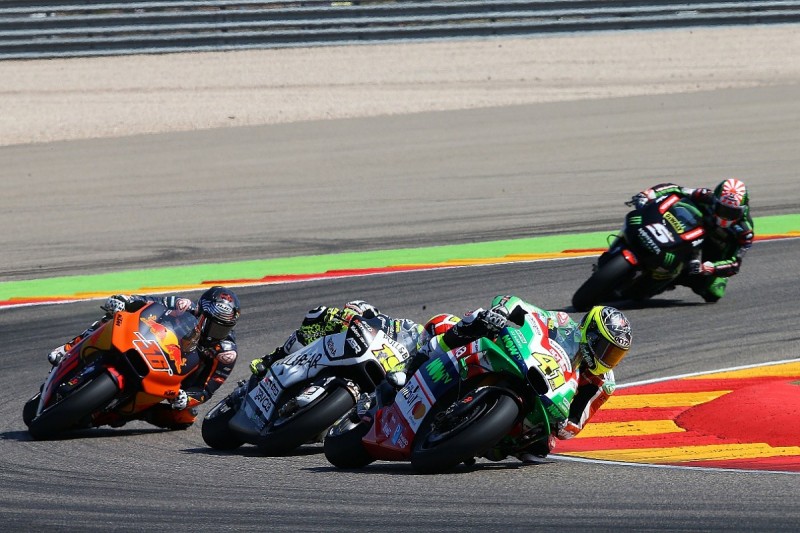 KTM has been linked with establishing a satellite operation in 2019, potentially to allow Moto2 star Miguel Oliveira to graduate to the premier class.

But motorsport director Pit Beirer says that none of MotoGP's existing teams have requested a tie-up with the Austrian manufacturer yet.

"We have no clear decision taken at the moment," he said. "First of all we have to work on the performance and then we have to see if somebody makes a request to us.

"The plan is to have a satellite team in the future, but it's up to the request.

"We are waiting still a bit more and working on our number one project."