Yamaha sure of no dispute over timing of Rossi's MotoGP retirement

Rossi is under contract at Yamaha until the end of 2020, but has gone more than two years without winning a race and has suffered a poor run of recent form.

The 40-year-old has scored only eight points in the last four races after recording three consecutive DNFs, causing him to drop to sixth in the championship behind factory teammate Maverick Vinales.

Satellite Yamaha rider Fabio Quartararo has also overshadowed Rossi since the start of the European season with a pair of pole positions and podium finishes.

In an exclusive interview with Autosport, Jarvis suggested Yamaha would have a role to play in determining when Rossi finally decides to hang up his leathers - even though he expects the Italian to show "the first signs" that the end of his career is approaching.

Asked whether he felt the decision to retire would be Rossi's alone or a collective one, Jarvis replied: "It will definitely be both parties' decision.

"I think he will certainly be the first person to decide when he feels he is unable to be as competitive as he would like to be, or his motivation starts to wane.

"The first signs will definitely come from his side.

"But for me, I absolutely don't expect any conflict. I think we will arrive at the same thought at the same moment." 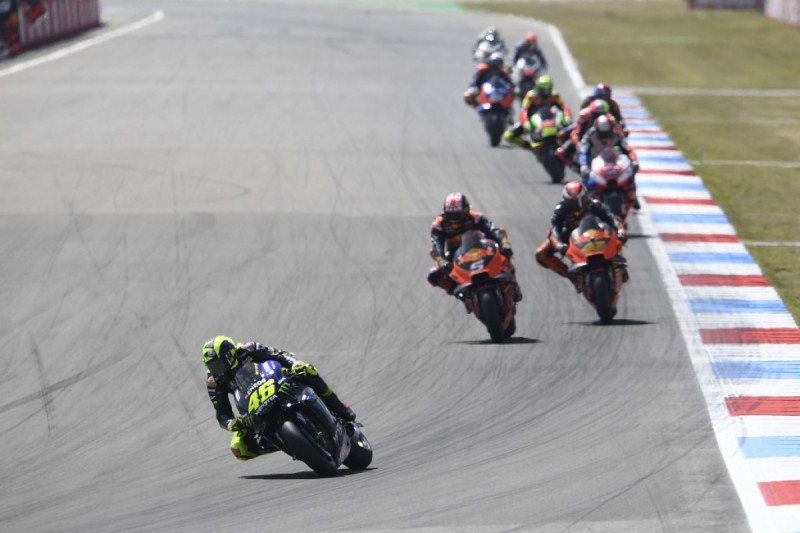 Jarvis admits Rossi is now "no longer the future" for Yamaha, but didn't rule out the seven-time premier class champion extending his current contract.

"It would be like [Marc] Marquez leaving Honda right now.

"He could still be here for another year, two years or three years - we will have to see how long he stays competitive.

"That's not to say he is not important - he is important. His role and function will be different but I hope he stays as a brand ambassador and partner as he gets older."