The Italian will miss at least the next two races at Misano and Aragon, and it is not yet clear if he will be fit enough to return at the following race at Motegi on October 15.

Speaking ahead of the San Marino GP, which takes place close to his home town of Tavullia, Rossi said he is already feeling good about his recovery.

"I was really looking forward to the round in Misano, because riding in front of the fans there is something very special, but I have to treat the injury with care," said Rossi.

"Fortunately I'm fine, I'm not too bad and I've already managed to start some light physiotherapy.

"The recovery time isn't short, but I will do everything I can to get back on track as soon as possible.

"I know the team is supporting me during the rehabilitation process.

"I have to say thanks to everyone for the affection you have shown me during these days. See you soon!"

Yamaha will focus all of its effort on Maverick Vinales for the weekend, and with the Spaniard now the manufacturer's only hope of winning the championship, he believes he is rediscovering the form he enjoyed at the start of the year when he won the opening two races to be established as the early-season championship favourite. 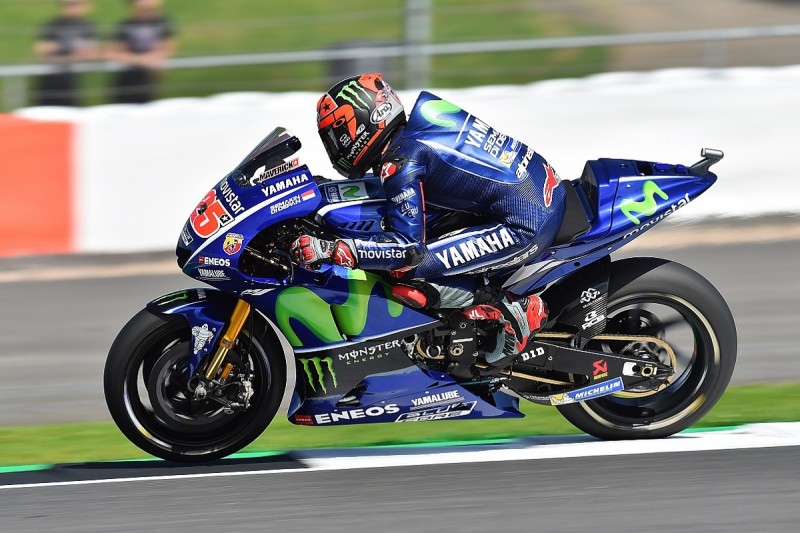 "Unfortunately we will arrive at the Misano Grand Prix without my team-mate Valentino and it's a big shame," said Vinales.

"I know it's a very special GP for him, as it's his home race, and it will not be the same if he's not there.

"I wish him a quick recovery and hope to have him back in the garage as soon as possible.

"We are very motivated after the podium at Silverstone, we're working in the right direction again.

"I'm starting to have the same feeling on my M1 that I had at the beginning of the season and that gives me a lot of calm and allows me to focus on continuing to get points in each race."

Team director Massimo Meregalli added: "Maverick is confident and we're really looking forward to this next round.

"However, Vale's accident has cast a bit of a grey cloud over the event. "Our team will miss Valentino - we wish him all the best and look forward to having him back as soon as possible."

Race organisers and Rossi's official fanclub are exploring ways to have the MotoGP legend either appear at the event or address his fans somehow over the weekend, while Yamaha says it will set his side of the garage up as normal so his famous #46 bikes are on display in the pits.

Lorenzo needs 'something different' to other Ducati MotoGP riders