Maverick Vinales admits he is “especially worried” about his old Yamaha issues hindering his 2021 MotoGP season after grip woes left him 11th in the Portuguese Grand Prix.

Vinales plummeted from 12th on the grid to 20th on the opening lap and struggled, lapping in the 1m41s bracket, before eventually dropping into more competitive mid-low 1m40s – though this was still some way off the 1m39s pace race-winning team-mate Fabio Quartararo managed.

The Qatar GP winner crossed the line 23.7 seconds off the win in 11th and is now 20 points adrift of Quartararo in the championship fight.

Vinales admits he had low grip all weekend apart from his final laps in qualifying, which were cancelled, with this lack of grip a reoccurring problem for the Spaniard since he joined Yamaha.

When asked by Autosport if this transformation from having race-winning form in both Qatar contests to struggling so much in Portugal worried him, he said it did but feels he can take some solace in the fact his issue this weekend was “not normal”.

“I am especially worried because it’s a tough season to go like that,” Vinales said.

“It’s hard to keep the focus and especially the motivation when you see yourself you could win the first two races, and then you arrive to the next track and you struggle to be in the top 10.

“Fortunately, some riders crashed and allowed us something better. 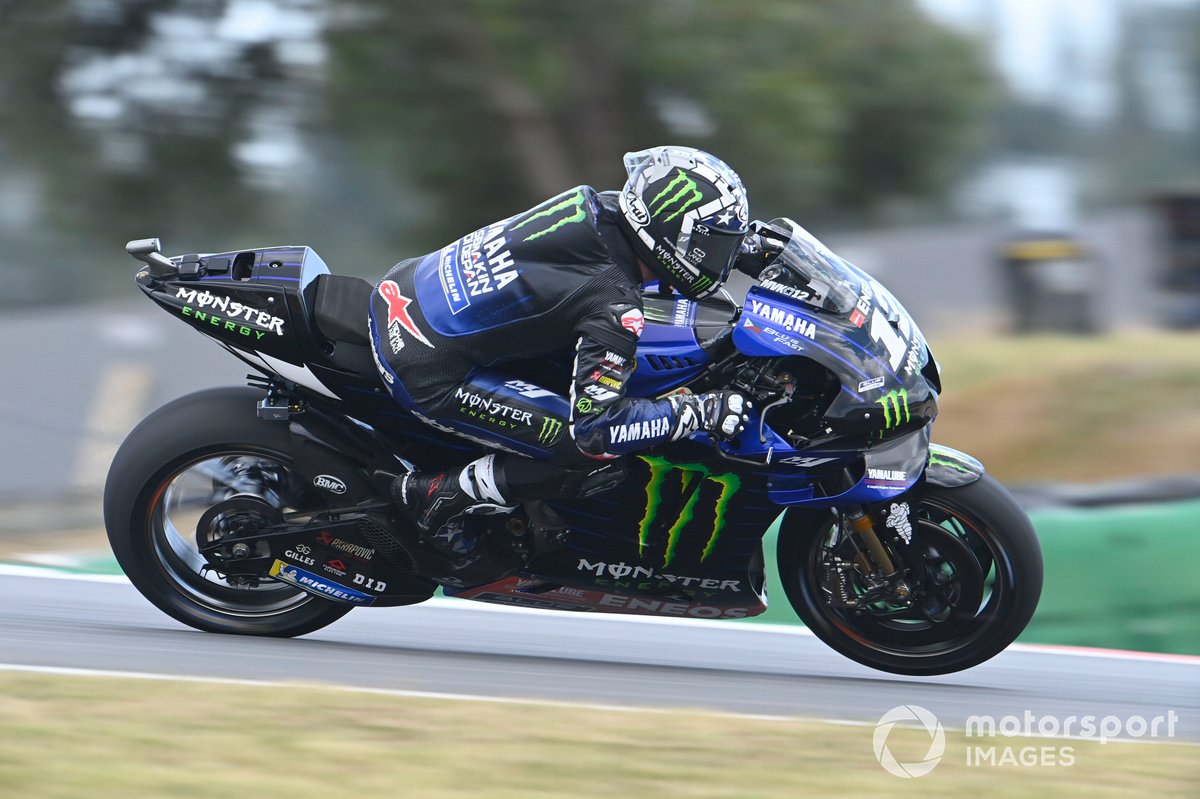 “But today was difficult, difficult race. I cannot explain why, the feeling was really similar during all the weekend, very low grip, just I had good grip on the last tyre in qualifying which made a huge difference.

“If they didn’t cancel my lap, it was to be in the pole position. So, basically all weekend we were struggling, we didn’t find out why.

“But it’s time to check, it’s time to see and to improve because on the other hand we will be in the same issue as every year.

“We start winning everything and then little by little we slow down. This is not positive.”

He added: “We need to keep working as we did and see if we can find something.

“For sure, we can take out something from this race because it was not normal what I was feeling on the bike.

“So, let’s keep a positive mind, we arrive now to a really positive track for us and especially me in Jerez. So we will work hard to do better.”

Vinales concedes with a better qualifying position the race would have been different, but doesn’t believe he would have still had enough to win.

“The start we know we have an issue, we cannot improve until we get something new,” he explained.

“However, we need to be on the front row. The front row for us would have been a totally different race – not to win, because today I didn’t have the pace, I had very low grip on the bike and I could not do anything incredible, but at least to be in the top five.”