Marc Marquez says he ‘dreamt for so long’ about his Portuguese Grand Prix MotoGP comeback and “exploded” with emotion when he returned to his Honda garage after finishing seventh.

Nine months since he suffered the arm break that would rule him out of the 2020 season, six-time MotoGP world champion Marquez made his return to action at Portimao this weekend.

After qualifying sixth, Marquez ran as high as third on the opening lap, before eventually being shuffled back to ninth as he tried to settle back into a rhythm.

With several falls ahead, Marquez took the chequered flag 13 seconds behind race winner Fabio Quartararo to complete his comeback ride in seventh.

Marquez labelled his Portimao race as the “biggest step in my recovery” and couldn’t contain his emotions when he returned to his team after the grand prix.

“Of course, emotions is the correct word,” he said when asked by Autosport if he ever thought today was possible.

“I’m a person who likes to keep the emotions inside, but when I arrived in the box with all my mechanics I just exploded and I couldn’t control the emotions.

“Has been a very long time that I’ve been dreaming about today, finishing a MotoGP race and it’s the biggest step in my rehabilitation, my recovery and to feel again [being] a MotoGP rider was my dream and it’s what I did today.

“So, when I arrived in the box, of course I was tried and I was exhausted.

“But it was the explosion of emotion that I couldn’t control, but was very nice.” 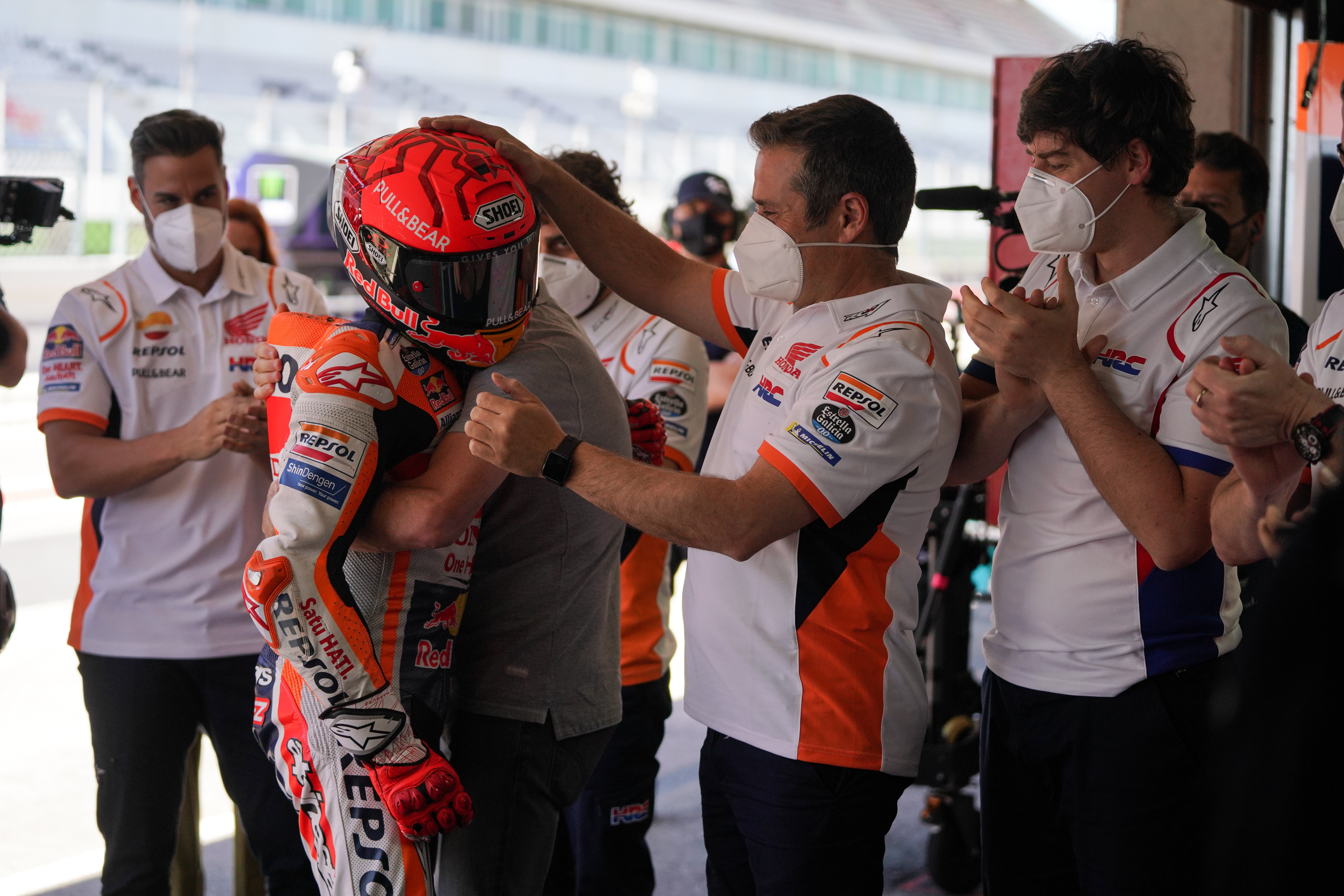 Marquez says the opening laps were tough because it was “not my place” and concedes he was simply “sitting on the bike” in the final six laps as his arm lost energy.

“Maybe the hardest thing was the first laps because I was not in my place,” he added.

“You know in school when you play football with the older guys, they overtake you where you want.

“But then I was calm, didn’t fight and just found my place and as soon as I found my place I started to increase my rhythm step-by-step and I was able to do my personal best lap in the end of the race.

“In the end I felt better and I was trying to catch [Aleix] Espargaro again, but then suddenly my body said ‘now it starts here’.

“And then if we check, to finish the race only 13 seconds behind Quartararo, this is something incredible.”

Marquez also received a virtual standing ovation from the media assembled on zoom for his debrief.