Maverick Vinales topped the post-Spanish Grand Prix MotoGP test day at Jerez on Monday, while Yamaha team-mate Fabio Quartararo was absent due to his physical condition following the race.

The paddock stayed put at Jerez for a day of testing, although Yamaha’s Quartararo elected against running due to the arm-pump issue which cost him victory in the race and dropped him to an eventual 13th.

The French rider has returned home for medical consultation to determine the best course of action for his arm ahead of his home round at Le Mans in two weeks’ time.

The Spaniard, who said after finishing ninth in only his second race back from injury that he felt "destroyed", rode just seven laps on Monday before calling it a day due to pain in his neck.

Aleix Espargaro’s running was also limited to 12 laps following the Aprilia rider’s early crash at Turn 6, while HRC test rider Stefan Bradl - who made a wildcard appearance in the Spanish GP - was not involved on Monday.

Around the same time Espargaro crashed, Vinales had also stopped on track due to a loss of oil - having just gone top with a 1m37.717s – which caused the session to be briefly halted by a red flag.

Vinales’ running wasn’t compromised much by his earlier issue however, the Qatar GP winner improving to a 1m37.135s to end the second hour top.

Alex Rins would take over from him to end hour three fastest with a 1m36.913s, as the Suzuki rider – along with team-mate Joan Mir – once again tested a 2022 prototype engine, while both Rins and Mir worked on set-up ideas for Le Mans. 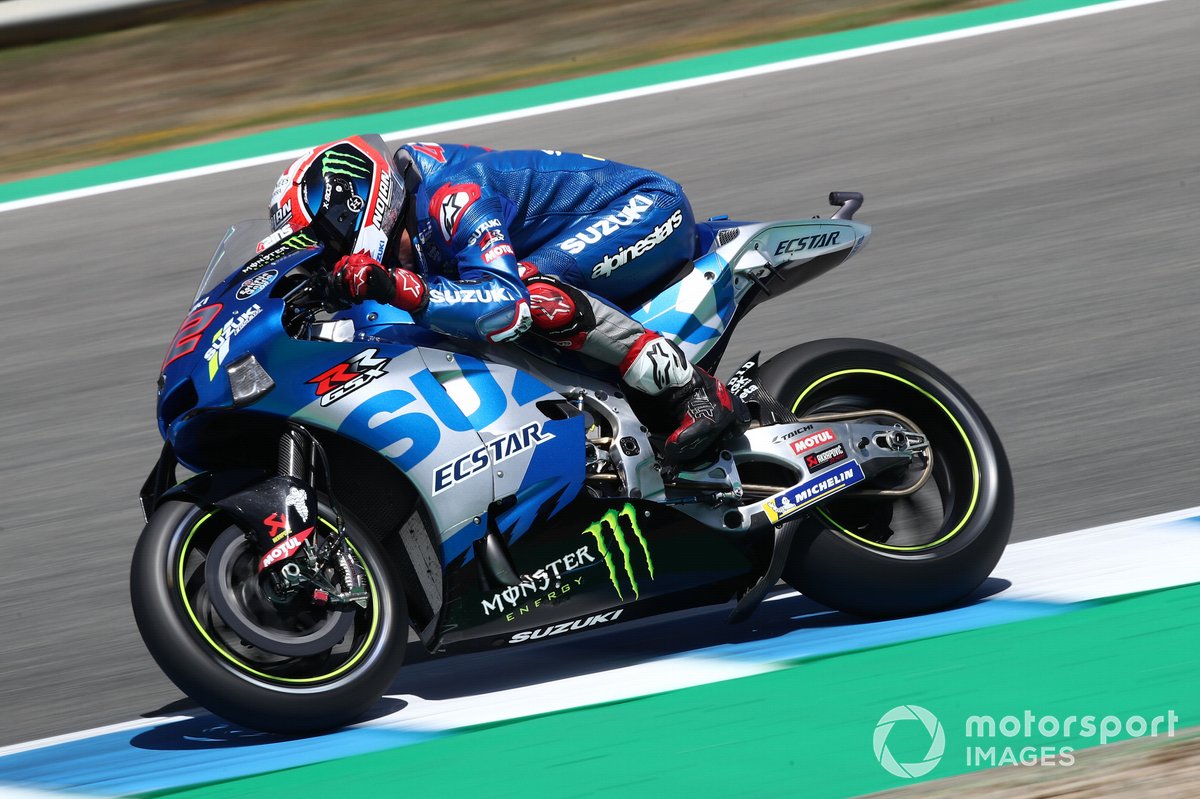 It wasn't until just under two hours of the session remained before Rins’ time was toppled, Vinales returning to top spot with a 1m36.879s as he worked towards a massive total of 101 laps.

Vinales’ time wouldn’t be bettered as most ended their days early, with Rins remaining his nearest challenger 0.034 seconds adrift while Mir completed the top three.

Takaaki Nakagami was top Honda rider on his LCR machine, having tested various new parts – including five different aerodynamic fairings, one of which was a Yamaha-style fairing.

Johann Zarco was fifth on the Pramac Ducati ahead of Honda’s Pol Espargaro, who crashed twice on Monday.