Marc Marquez admits he ended the MotoGP Spanish Grand Prix feeling “destroyed”, but says it was a hangover from his heavy FP3 crash and not because of his right arm.

The Honda rider had a big tumble at the Turn 7 left-hander in FP3 on Saturday, which required a visit to the hospital after he had a brief memory problem.

Marquez was cleared to race – though crashed again in warm-up on Sunday – and managed to finish the second grand prix of his comeback from injury in ninth place.

Though the result is “not the target”, he was pleased overall with the weekend having felt physically better during the Jerez race than he did in Portugal – though he did say his neck and back muscles are sore from his FP3 crash.

“The most important thing is: I felt better this weekend, but today, OK, I feel destroyed, but from the crash yesterday – not about the arm,” Marquez said. “It’s more about the muscles in the back and the neck.

“This also is a very good thing that is improving in a good way.”

“But this weekend I felt better on the bike, and about the physical condition I suffered, but I suffered less than Portimao.

“It’s true yesterday I had a big crash and then we started today 14th.

“My neck is completely locked but this is part of racing. The thing is, when you start 14th, in the first laps you can lose a lot of time, it’s what happened. 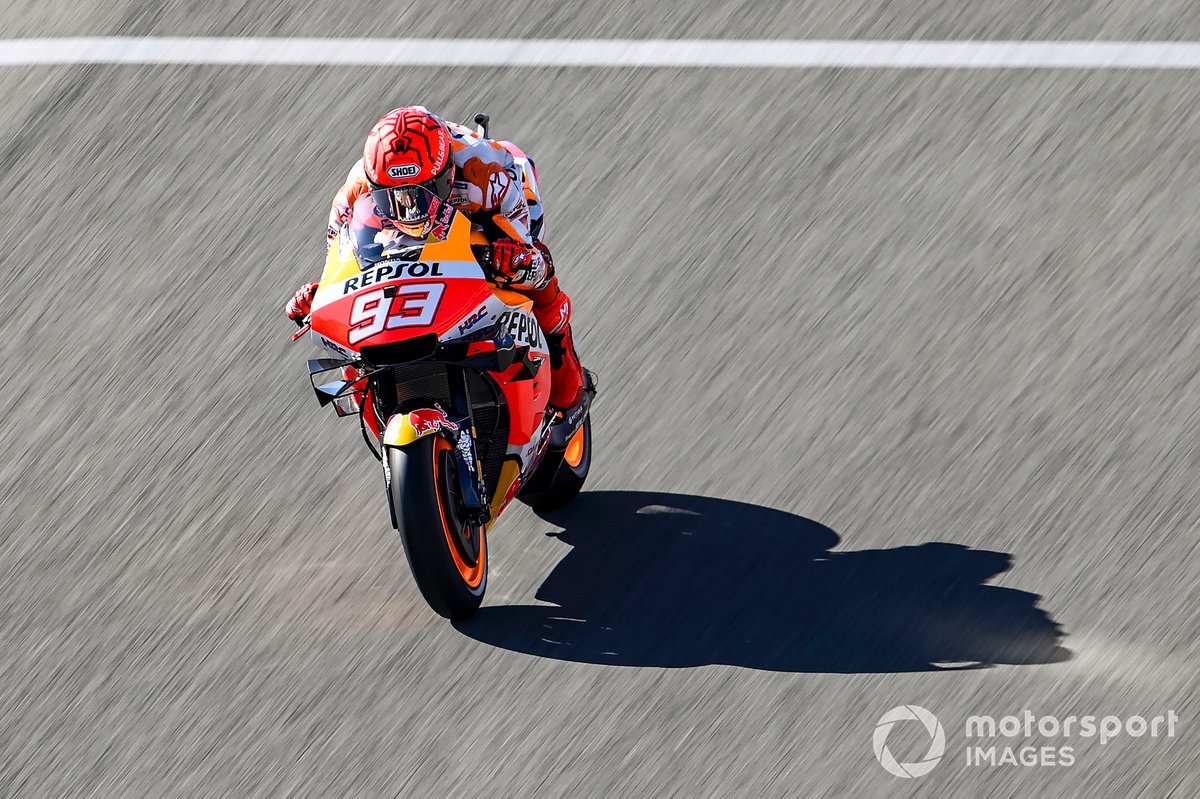 “Then I start the race and tried to be faster and it’s what I did. In one part of the race, I think [Maverick] Vinales, [Johann] Zarco and me were the fastest on track.

“But then I already see that riding in those lap times my physical condition started to drop and when it remained eight laps I more or less gave up. But happy because we did another step.

“It’s true that, this weekend, I start to check and feel where we need to work with the bike and this is another important point because we can improve even more.”

MotoGP will remain at Jerez on Monday for a test day and Marquez plans to ride depending on how he feels in the morning.

But he expects this to be the only bike training he will have before the next round in France.

“Also I need to understand my physical condition. Then, that should be the last day of riding before Le Mans.

“I will train tomorrow, then on Wednesday I have the doctors’ check. There they will decide if I’m able to increase a bit the work at home.”