Maverick Vinales admits he’s started to “feel that when I come to races it started to be a nightmare”, as rumours of a Yamaha MotoGP exit continue to gain momentum.

The Yamaha rider is reportedly close to make a shock exit from Yamaha at the end of the season despite having a contract for 2022 and moving to Aprilia next year.

Vinales rubbished the Aprilia links on Sunday after finishing 2.7s behind race-winning team-mate Fabio Quartararo in the Dutch TT, but admitted quitting Yamaha is “an option”.

The relationship between Yamaha and Vinales is at its lowest ebb following a largely difficult 2021 season, but the Spaniard’s performance issues and lack of consistency on the M1 date back to his first season with the marque in 2017.

In Germany last weekend he had his worst ever MotoGP weekend, qualifying 21st and finishing last – but was pole at Assen and second in the race on a bike he claimed was completely identical.

Vinales says he feels like his problems with the bike are always the same and no solutions have been offered to allow him to “take out the maximum” from himself.

Though rubbishing the Aprilia links, he was asked by Autosport if he could see any benefit to it given what happened with Johann Zarco when he quit KTM halfway through a two-year contract in 2019, replying: “I think for sure the benefit… it’s difficult to have a benefit from a situation like this.

“I just get difficulties. Somehow, I started to feel that when I come to race it started to be a nightmare because I have for like three years the same comments.

“So, you can take the notes and it’s exactly the same comments three years in a row. 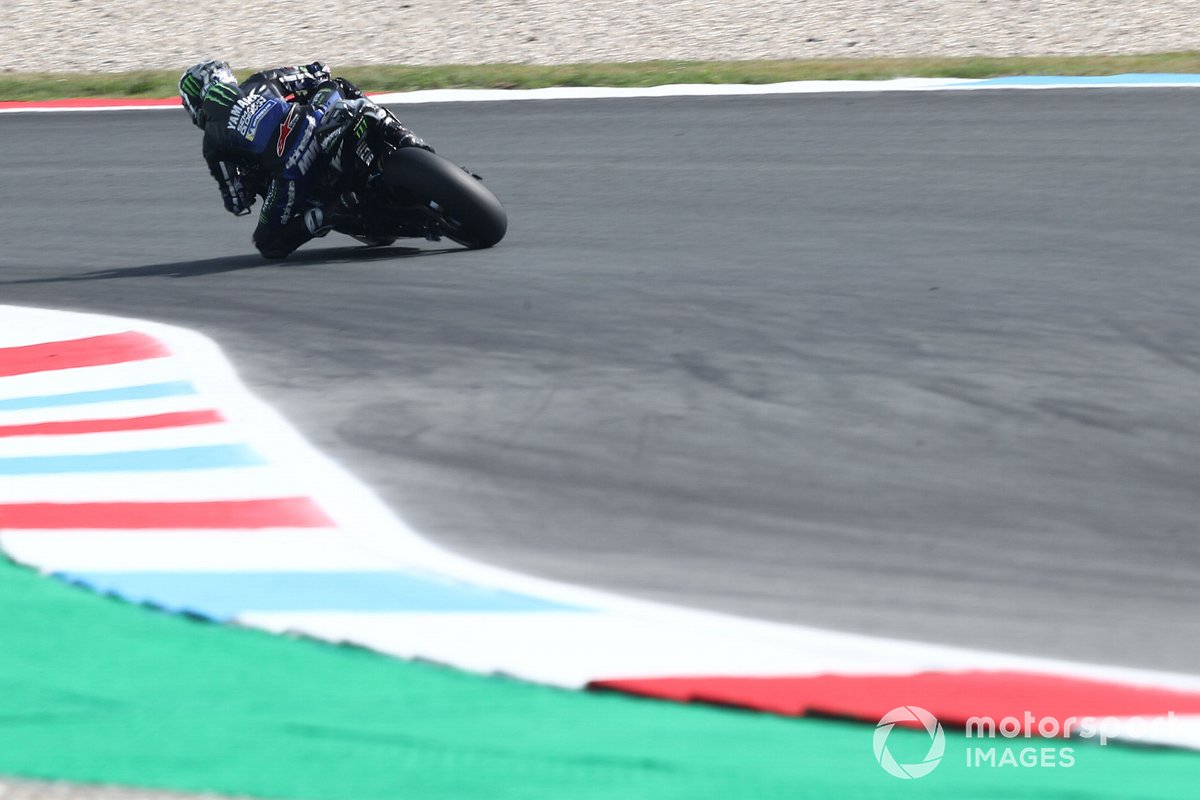 “And right now it’s difficult. When I come to a race I just say ‘what problem am I going to have this race?’.

“This is a problem, so I just want to come here, give the maximum and see where we are.

“As you said, Zarco did that [quit KTM] but I’m not following any rider. I will just follow my feelings.

“For sure in Sachsenring I wanted to go home on Friday because it was a desperate weekend where I explained well everything but we were not able to improve.

“So, here, thank God I had grip, the track is good, the track adapted more or less to the bike.

Vinales’ current Yamaha deal was inked back at the start of 2020, with the Spaniard admitting he’s surprised he was offered a new contract given his performances up to that point.

This new deal came at a point when Ducati was considering signing Vinales for 2021.

“I think I have a really good relationship with Yamaha Japan,” he added.

“I think they are great, with the president, the guys on all these things.

“They put a lot of enthusiasm and courage [into me], so I was pretty… when they signed be again in 2020, I was pretty like ‘what?’, because I could not give my maximum, I tell the team that I’m not giving up and I don’t know why I’m not able [to give my maximum].

“And they signed me again for two more years, and for the point where I am now I don’t understand why.”