Yamaha has announced it will part ways with Maverick Vinales at the end of the 2021 MotoGP season one year earlier than his current contract is due to end.

Autosport reported on Sunday morning that Vinales was considering quitting Yamaha at the end of the season and take up a ride with Aprilia for 2022 as the relationship between the Spaniard and his team had hit rock bottom.

Vinales was signed by Yamaha in 2017 to replace Ducati-bound Jorge Lorenzo and won three of his first five races on the M1.

But since then, his form on the Yamaha has been inconsistent as the bike itself has also had mixed form.

After winning on the opening night of the 2021 campaign in Qatar, Vinales wouldn’t score a podium again until last Sunday’s Dutch TT at Assen while team-mate Fabio Quartararo has won four times and currently holds a 34-point lead in the championship.

Yamaha tried to overturn Vinales’ decline by swapping out crew chief Esteban Garcia for ex-Valentino Rossi ally Silvano Galbusera at Barcelona, though this seems to have only added to the tensions between both parties as Garcia is a close friend of Vinales’.

Suffering his worst ever MotoGP weekend in Germany, qualifying 21st and finishing the race last, Vinales slammed Yamaha’s response to his woes in 2021 – and seemingly in recent weeks – as disrespectful.

Vinales denied links to Aprilia after the Assen race but admitted leaving Yamaha was “an option” for him.

On Monday morning, following an Assen weekend in which he was on pole and second in the race, Yamaha has announced both parties have agreed to part ways at the end of 2021 following Vinales' request to terminate the contract. 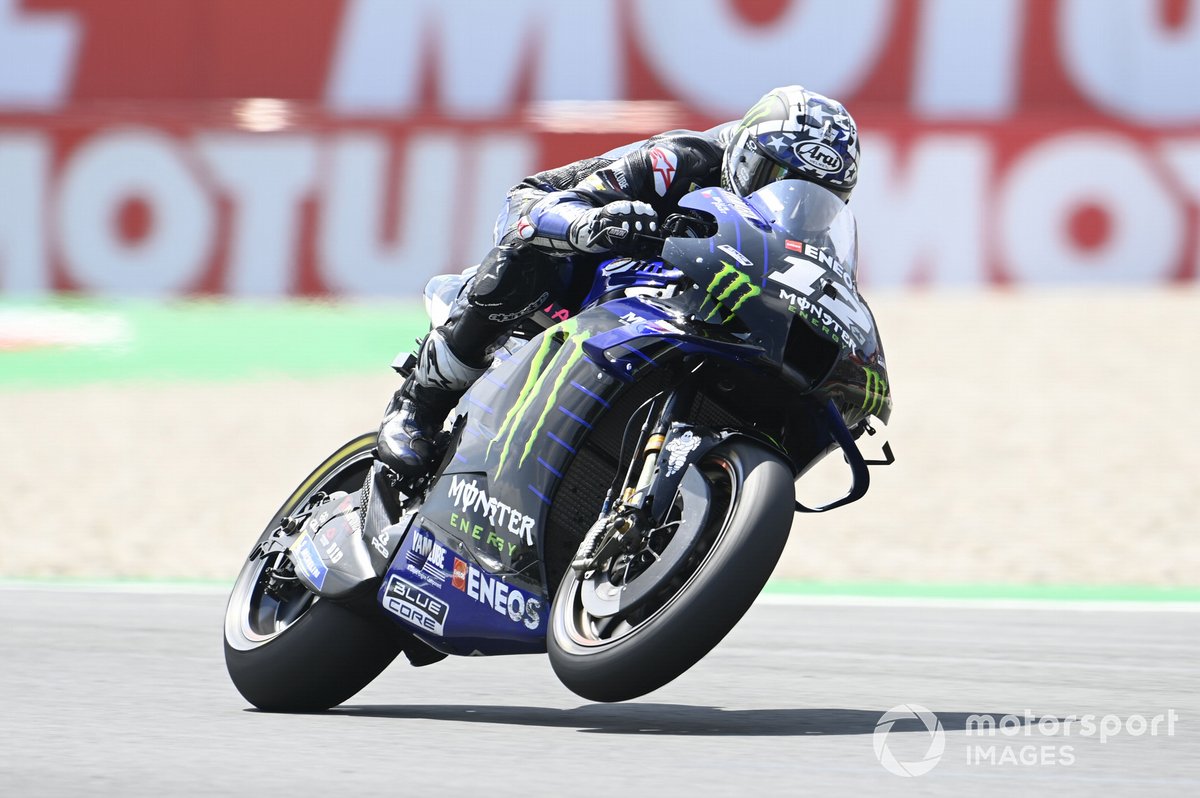 Aprilia denied on Sunday that it had held discussions with Vinales, but was open to the idea of the nine-time MotoGP race winner joining the Italian brand in 2022.

Yamaha will potentially have two bikes up for grabs in 2022 now, with the seat alongside Fabio Quartararo needing to be filled, while Valentino Rossi’s likely retirement frees up an M1 at Petronas SRT.

The logical replacement for Vinales would be 2020 championship runner-up Franco Morbidelli, who is currently out injured following surgery on his knee last week.

Morbidelli does have a contract with SRT for 2022, but it is thought he has an escape clause which can be triggered should a factory team offer him a deal.

Yamaha boss Lin Jarvis expressed sadness at the decision but has vowed Yamaha will "give full support" to Vinales for the remainder of 2021.

"It is with sadness that we will say farewell to Maverick at the end of the year," said Jarvis.

"We are in the middle of our fifth season together and over the years we have achieved many highs but also had to manage many lows.

"After the German GP, which was the most difficult weekend of our partnership, we had important discussions in Assen and came to the conclusion that it would be in the interest of both parties to go our separate ways in the future.

"Yamaha will put in their maximum effort – as we always have done – to give full support to Maverick and finish this season in the very best way possible."

Vinales himself added: "This partnership has been very significant to me over the last five years, and it proved a difficult decision to part ways. In these seasons together, we experienced both great achievements and tough times.

"However, the underlying feeling is of mutual respect and appreciation. I am fully committed and will strive to achieve the best results for the rest of the season."