Suzuki’s Alex Rins says an “idiot move” from Johann Zarco “destroyed” his MotoGP Dutch Grand Prix, as he was forced to recover from last after being knocked off track.

Rins and Zarco were battling for fifth on the second lap of Sunday’s Dutch TT at Assen when the Pramac rider made an aggressive move up the inside of the Mandeven right-hander.

The Suzuki rider was nudged slightly by Zarco and had to run into the gravel, dropping from fourth to last – with Rins forced to recover to 11th having felt like he had pace to fight for the podium.

The incident was investigated by the Stewards Panel but no further action was taken.

Rins says this type of aggression from Zarco has been normal since he made his MotoGP debut in 2017 and felt it was an “idiot move” on the part of a championship contender.

“With Johann, what happened? I think everybody saw it,” Rins began.

“Very, very unlucky. If I wasn’t there, maybe he goes wide.

“I didn’t expect that overtake and the problem was his wing hit my arm and I had the wing down my arm, so the only thing it was to do was to pick up the bike to avoid him.

“I go to the gravel, last position, trying later to recover a bit of time.

“And [I was] very unlucky because the lap time was good, the pace was there.

“It was not to win, but was to finish on the top three, top four.

“But I mean, he destroyed our race.

“Since he came to MotoGP in 2017, he’s so aggressive on the overtakes. 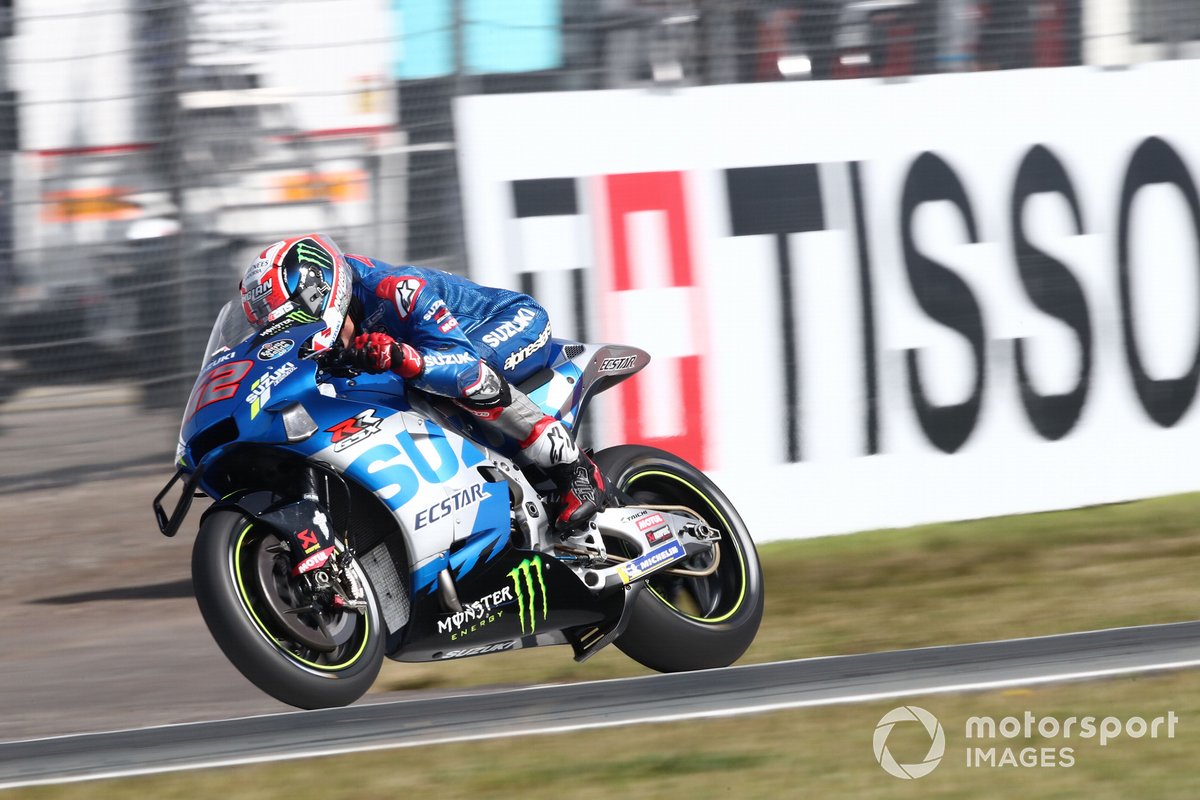 “I mean, it was an idiot move because he’s there fighting for the world championship.

“So, imagine if we crashed together, I mean [it makes] no sense.”

Zarco – who went on to finish the race fourth – felt his move was “fully under control” and didn’t realise Rins had gone off circuit.

“I didn’t speak to him and I didn’t know that he was upset,” Zarco said in response to Rins’ comments.

“It’s true that we had contact but it’s not an easy corner and in that moment of the race I feel I want to stay with the top group.

“It was my strong area, [Turns] nine and 10. I even tried to overtake [Maverick] Vinales in that place but Vinales was a bit faster, so I went wide.

“But with Rins it’s true that we touched each other, but when you attack here it’s not easy to stay in.

“But clearly I was fully under control and I don’t know what’s happened if he went totally off track or not.

“But for me in this moment with this overtake I was happy to pass him and that nobody was overtaking us after, because we went a bit wide and a guy like [Joan] Mir can really come quickly, because Mir is pretty strong to overtake.

“We didn’t speak but people can come straight to me if they need to speak.”