Valentino Rossi says he is worried about his performance in MotoGP testing, after a difficult start on Yamaha's new machine for this year

While new team-mate Maverick Vinales has set the pace through the winter, going quickest at Valencia, Sepang, Phillip Island and Qatar, Rossi has found things more difficult, and he finished the final day of testing yesterday 0.855s adrift of Vinales.

"We had a programme, but unfortunately I didn't have the same feeling and the same speed," Rossi said.

"It looks like the condition of the track changed a bit, and we were not able to follow, to improve.

"I don't have the same feeling as yesterday, and I was a bit slower - a lot more effort, to be slower."

"We are still not ready, we don't understand 100% the way to make this bike work at the maximum.

"We are a bit worried - because at the end, except some good laps, the winter tests were very difficult.

"Now we have to speak together and try to be stronger of the first race." 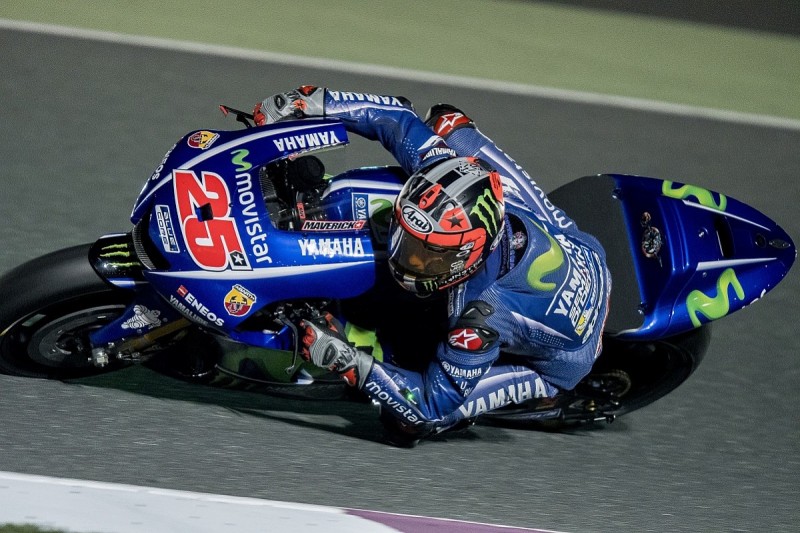 Rossi, who turned 38 in February and whose contract with Yamaha runs to the end of 2018, believes Vinales' side of the Yamaha garage has simply understood how to get the most out of the bike in a shorter period of time.

"All these stories are good to write at the beginning of the championship, but at the end, we have to wait [and see] what happens," he added.

"It looks like the bike has good potential because Vinales [pictured] is very fast, but I think that he and his team are able to understand in a shorter time the way to get this bike at the maximum.

"We are a bit in delay, so we are a bit worried. We hope we can be stronger for the first race."