Jorge Lorenzo says Ducati has found MotoGP testing tougher than expected, but he believes the Italian manufacturer can at least fight for pole position for the Qatar season opener

The ex-Yamaha rider set the fourth fastest time on the final day of testing at the Losail circuit on Sunday - just behind team-mate Andrea Dovizioso - and while he is not yet convinced about Ducati's race pace, he believes it can be a factor in the qualifying battle at the first round later this month.

When asked if his performance level was where he expected, Lorenzo said: "It was harder than we thought, especially on other tracks.

"Here the bike works really well. With the soft tyre we can take advantage of the bike's qualities and hide the weaknesses.

"Over one lap the bike works really well here.

"There are many riders who can be very quick with the Ducati and we can aim to fight for pole position with [Maverick] Vinales.

"Vinales is very strong, and I don't think it's just the Yamaha, as he's ahead of the other Yamaha riders.

"In terms of race pace we still have a lot of work to do.

"We have a lot of information and we know where the bike needs to improve.

"It's going to be a long process, but on this track I think we can have great results.

"Maybe we have a really good start, fighting for victory, or maybe we struggle on our most favoured tracks and even more on the tough ones.

"This track is a good opportunity to do very well with what we have, but we have to keep working to have a more complete bike that is easier for the rider." 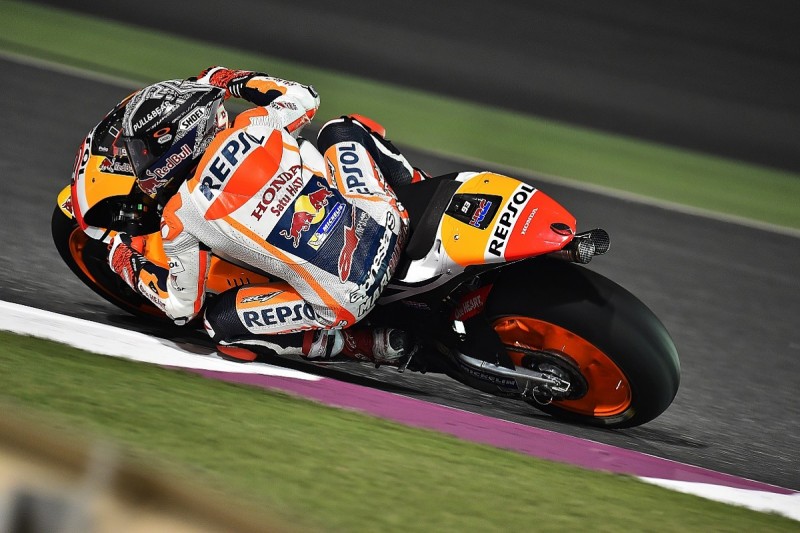 Reigning champion Marc Marquez crashed three times on the final day of testing, including when he tried a new Honda fairing design.

While the shunts contributed to him ending the day 10th in the order, he said he feels in better shape than the times suggested.

"The people just see the crashes, but the rhythm is not so bad," he said.

"It was a day where everything went the wrong way.

"We can't be happy because it wasn't the best test of pre-season, but I'm not completely unhappy.

"We are missing some small things that we must manage, but in terms of race pace we are pretty good."

Asked about the new fairing design, Marquez added that it "was positive in some points, but in another we also had some negatives".