The Italian has raced a Yamaha that largely resembles his 2015 M1 so far this year, but he was buoyed by the latest updates the manufacturer took to the post-Czech GP test at Brno.

Rossi finished that session keen to "understand when we can start to use" the new components in a grand prix weekend and will start that process at Silverstone.

"The Monday test at Brno was very positive," Rossi said.

"I felt very good with the bike, I had quite good pace and I enjoyed it.

"But we need to confirm tomorrow, we will try to learn more in practice and try to understand if we like this better also here at Silverstone."

Rossi won last year's British GP in wet conditions, but has finished on the podium in the dry only once since the race moved to Silverstone in 2010, with third behind Marc Marquez and Jorge Lorenzo in '14.

"This track is one of the most difficult of the season," Rossi said.

"In 2010 I wasn't here because of the [leg] injury [sustained] at Mugello and I had a lot of difficulties in the two years with Ducati, I was very slow.

"The feeling with the track was not fantastic. Year by year it's getting better

"Last year it was a great victory, but it was in the rain.

"In the dry conditions I was not so bad, but Marquez and Lorenzo were a little bit faster than me.

"We have to improve and understand the small secrets, the small tricks of the track, and try to be stronger in all of the conditions." 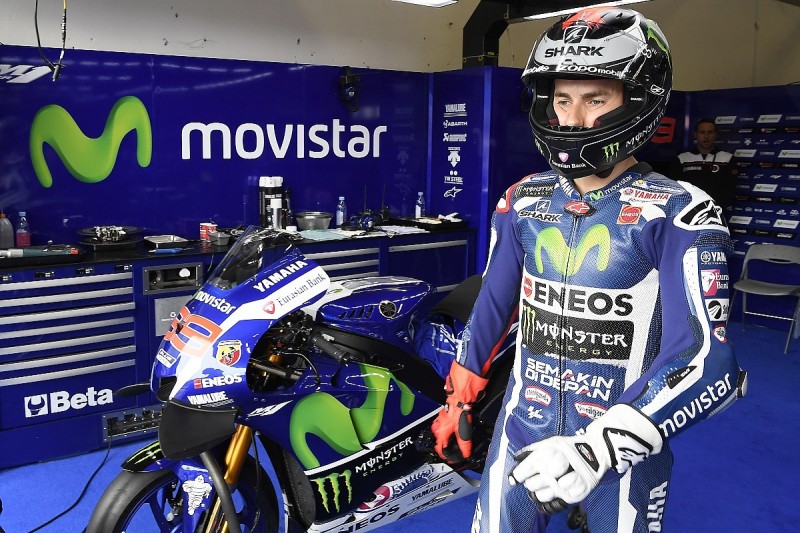 Rossi's Yamaha team-mate Jorge Lorenzo is a three-time British GP winner, and was identified by Honda's Marc Marquez as the rider to beat this weekend.

The reigning champion fell to third in the standings behind Rossi - and 59 points shy of leader Marquez - last time out at Brno, but hopes this year's changes don't blunt his edge at Silverstone.

"It's a track that suits Yamaha, and also my riding, because it has a lot of changes of direction, a lot of fast corners, it's very long and has a lot of different types of corners," he said.

"Let's see this year if with the Michelins and new electronics we can have more or less the same performance as the last five or six years."