Valentino Rossi says he is "still not very fast" on his Yamaha MotoGP bike, with just two days of 2017 pre-season testing remaining

The Italian described the three days in Australia as "more difficult" than the running in Malaysia, and he also had a low-key start to the final test in Qatar.

After setting the seventh-fastest time on Friday, Rossi said he did not feel as strong on corner entry on the Yamaha as he did in 2016.

"But I still need find the right feeling, especially for the entry, so I'm still not very fast. We have to work.

"I'm not able to be strong like last year, so we need to find a better balance.

"We are not at 100% because I don't have enough of a feeling to push the front end."

Vinales continued his impressive start with Yamaha on Friday by setting the second-fastest time at the Losail circuit, which will host MotoGP's 2017 season opener in a fortnight.

Having previously tested at Valencia, Sepang and Phillip Island, Vinales is buoyed by having shown strong pace at each new venue he has ridden Yamaha's M1.

"I felt good with the bike already from the first lap, I was fast and that's a good thing," he said.

"We've been to four different tracks and I feel good at each one. This means I adapted well to the bike and we improved a lot.

"All the time we are bettering the race pace and each first and last lap on the same tyre is quite similar, so I'm happy and I'm quite surprised that we improved on every run." 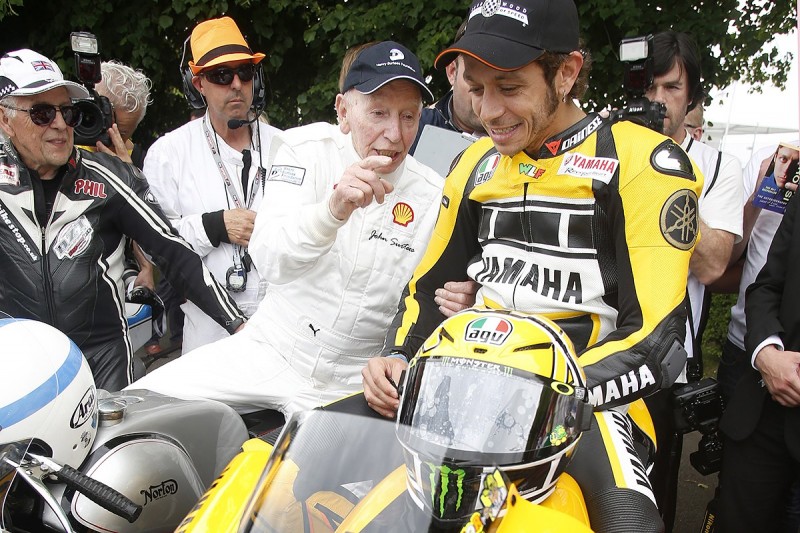 The only man to have won premier class world championships on two and four wheels, John Surtees passed away aged 83, his family announced on Friday.

Surtees switched to car racing and Formula 1, taking that title in 1964 with Ferrari after winning the 500cc motorcycle title four times between 1956 and '60.

Rossi flirted with a similar career swap a decade ago, testing with Ferrari, but ultimately elected to stay in MotoGP.

"It's a great shame, because he was the only one to win Formula 1 and the 500cc championship so he did something very historical," Rossi said.

"I'm very sorry for his family - I was lucky, I met him three or four times and he was still in a good shape."