Yamaha rider Valentino Rossi says he can't blame his age for his recent MotoGP slump, pointing out he was "already old" last year when he finished second at the Sachsenring

It came after three non-finishes in a row, leaving the seven-time premier class champion sixth in the standings heading into the summer break, five points behind Vinales.

Rossi was eager to point out that his race time at the Sachsenring this time around was 20 seconds slower than he managed in 2018, when he finished a close second behind Marquez.

"It's true that I'm old for sure, but the problem is that last year I was already old," the 40-year-old said.

"Also five years ago I was already old. But sincerely I don't feel in my mind that I've given up, or that I'm not concentrated, or that I don't have enough motivation to arrive at race weekends. 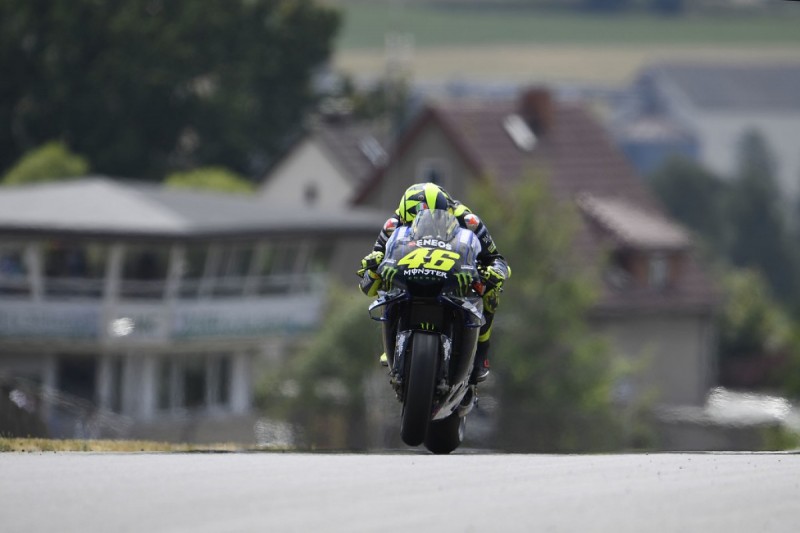 "So, I don't have a reason, because this year I'm 20 seconds slower than last year. So I think that we can understand, we can recover.

"But it's a difficult situation because sincerely I expected a lot from this weekend, because last year I was good - and in Assen I was good, so I expected to be strong, but in reality, no."

Rossi has found himself overshadowed by not only team-mate Vinales but also satellite Petronas Yamaha rider Fabio Quartararo in recent races.

Vinales secured Yamaha's first win of 2019 at Assen, where rookie Quartararo took his third pole of the season as well as a second straight podium finish.

Asked if this year's M1 was more moulded around Vinales' needs than his own, Rossi said: "This year, looks like the bike needs different setting compared to last year.

"But looks like for me and also for Franco [Morbidelli] it's more difficult to use this type of setting, that is more where Maverick and Quartararo are very strong.

"We need to find a way, we need to find our bike. Because if I am fast like last year but I arrive eighth because the other guys make a step and they are 20 seconds faster, you'd say, maybe is over, it's difficult.

"But I am 20 seconds slower than the last year. And I feel good, I feel concentrated, I feel motivated, but I don't feel the touch with the bike. So we need to try to understand."

Rossi also ruled out the prospect of parting ways with Silvano Galbusera, who replaced Jerry Burgess as his crew chief at the start of the 2014 season.

"I feel good with all my team, and it's already a long time that we are together with Silvano, already six years, but we have to find a way like this, I think," he said.