Andrea Dovizioso says Ducati will be more competitive in the coming MotoGP races, but says this still won't be enough to "even start thinking" about challenging championship leader Marc Marquez

After finishing fourth in the Dutch TT at Assen, Dovizioso could manage no better than fifth in Sunday's German Grand Prix, behind factory teammate Danilo Petrucci. 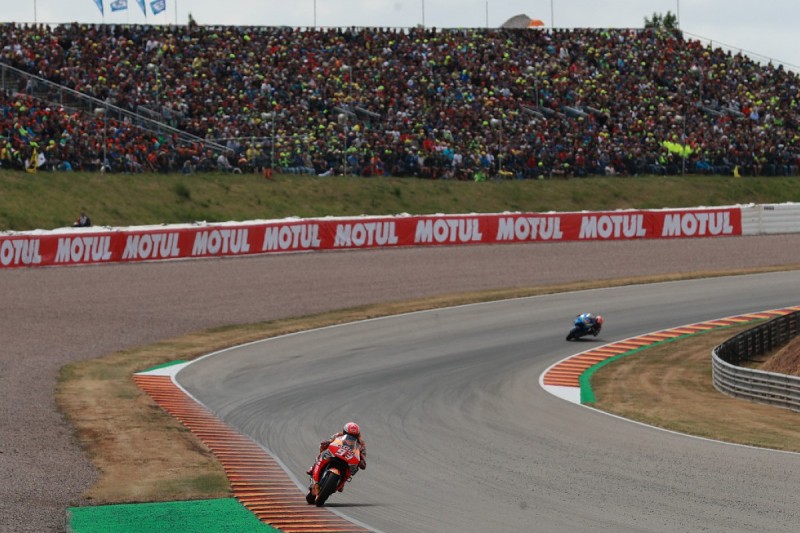 Both works Ducati riders finished 16 seconds in arrears of runaway race winner Marquez, who now finds himself 58 points clear of Dovizioso in the riders' standings.

Dovizioso led a Ducati one-two in last year's Brno race, while the Italian marque is unbeaten at the Red Bull Ring since its return to the calendar in 2016.

However, Dovizioso does not believe his likely better pace at these upcoming Ducati strongholds will be enough to take the fight to Marquez.

"In the next tracks I will be more competitive, but it's not enough to even start thinking about fighting Marc," he admitted.

"It's not a question of how to recover points, because we are not fighting against him.

"Right now we are fighting ourselves, because we are not close enough to try and beat him."

The 2017 and '18 title runner-up believes the last two weekends have demonstrated that the Desmosedici is still not a rounded enough bike to challenge for victory everywhere, and that Ducati must now make a concerted effort to rectify its traditional Achilles' heel of turning.

"The last two weekends have unfortunately shown the gap we have to our opponents," added Dovizioso.

"There is not much to say; we are not as competitive as we would like.

"At this moment I still think what I thought four years ago: we are too slow in the middle of the corner.

"Fortunately we have improved in other areas, so we are still competitive, but now the others are raising the bar and we are still too far behind in turning.

"So, now more than ever, we need to sit down and make a strategy for the future.

"Working on turning is difficult and it's not our speciality, so it will probably take time, but now I think we must focus completely on this aspect.

"It's something that has been considered, but it's never been a priority. Now it's clear even for those who didn't see it that way, that we have to push in this area."

Petrucci, who remains third in the championship, says he was worried by Ducati's lack of pace in the previous two races, and believes the "limit" of the current bike has already been reached.

"It's very worrying that both here and at Assen, we lost half a second per lap to the winner.

"We are not happy at all - me, Andrea and Jack [Miller, who finished sixth on the Pramac Ducati] all tried our best and did everything possible. We've probably reached the limit of our bike."