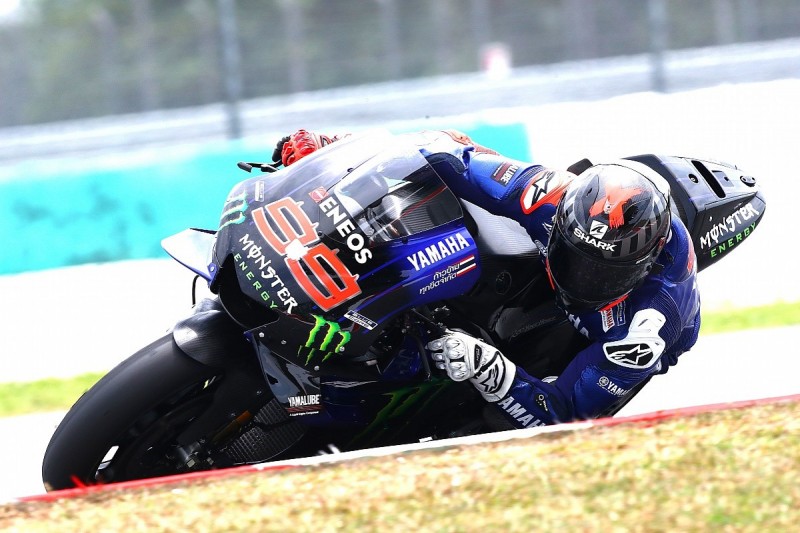 Lorenzo announced his retirement from racing at the end of last season, after a difficult and injury-hit year on the Honda sapped him of confidence and motivation.

Over the winter he penned a deal to return to Yamaha - with whom he won his three MotoGP titles - as an official test rider, and completed a couple of days on the 2019-spec M1 at the Sepang shakedown and pre-season test last month.

It has been rumoured for some time that Lorenzo could make a wildcard appearance this season, with Yamaha not ruling out the possibility.

Yamaha officially confirmed the news with a brief video message on its social media platforms.

Back in the saddle again :muscle:@lorenzo99 will be riding aboard the Yamaha YZR-M1 as a @MotoGP Wild Card at the Catalunya GP :star-struck:#MonsterYamaha | #MotoGP | #CatalanGP pic.twitter.com/N7DgXV18rN

In another video, Lorenzo said: "So after some weeks thinking about it, yesterday I decided I will participate at the Catalunya GP.

"I'm really looking forward for it and I hope to see you all there."

It is unclear yet if Lorenzo will have any more wildcard outings on the Yamaha this year.

This announcement will only serve to further rumours that Lorenzo could potentially return to MotoGP full-time in 2021.

When asked about it during Yamaha's official launch event on the eve of the Sepang test in February, the Spaniard admitted he hadn't totally ruled out the possibility.