The coronavirus pandemic has forced the 2020 MotoGP season to be shortened to 13 rounds, although spaces have been left for flyaway races in November should they be possible.

The season will begin on 19 July with back-to-back grands prix at Jerez.

With bike development frozen for the entire grid for this year in a bid to keep costs low, performance gulfs are unlikely to emerge as the campaign progresses.

Entering its second year as a fully supported KTM customer with Miguel Oliveira and rookie Iker Lecuona, Poncharal believes surprise results could be possible with the grid likely to be "tight".

"I think the fact that we have so many races following each other is going to be an incredible sprint where speed, but also brain, will count a lot," Poncharal told motogp.com.

"What we can see is Sepang test and Qatar test, we had between 15 and 18 riders in one second. 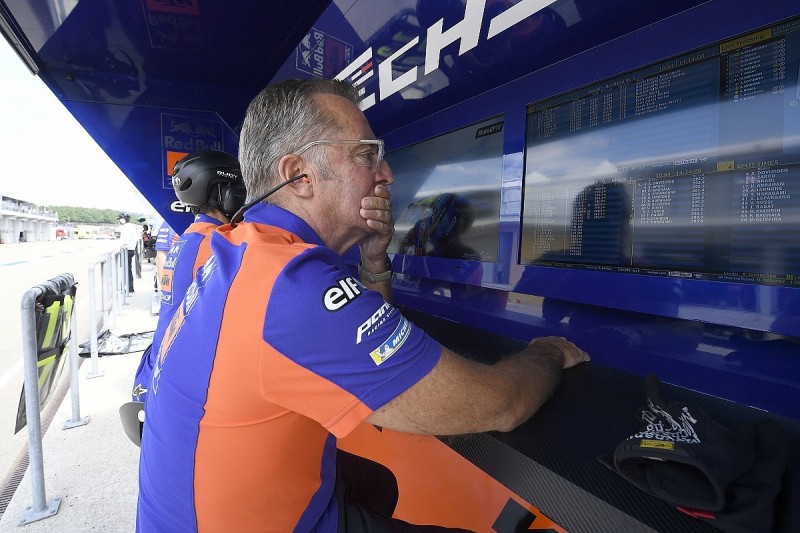 "So, what you can see is that it's going to be an incredibly exciting season, open results.

"Clearly we know Marc [Marquez], Fabio [Quartararo], Maverick [Vinales], Andrea [Dovizioso], all these guys will certainly be in front.

"But the group is going to be tight.

Oliveira and Lecuona took part in the recent group private test at Misano, and Poncharal declared himself happy with how the RC16 is progressing.

KTM also confirmed its line-up for the 2021 season last week, with Oliveira moving up to the works team to replace Honda-bound Pol Espargaro, while outgoing Ducati rider Danilo Petrucci will partner Lecuona at Tech3.

Poncharal said after the news broke of Petrucci's placement at Tech3 that it proved KTM sees it as an equal rather than simply a customer outfit.