Tech3 team boss Herve Poncharal and rider Iker Lecuona have criticised how KTM announced the signing Raul Fernandez to the squad for the 2022 MotoGP season on Saturday.

As reported by Autosport in June, Fernandez will step up to MotoGP with KTM and Tech3 next season having stunned so far in his debut season in Moto2 by winning three races.

KTM made Fernandez’s signing official midway through Saturday’s FP4 session at the Styrian Grand Prix, with other rider market announcements due to take place next week thought to have motivated the Austrian manufacturer to move now.

With Remy Gardner already locked into a Tech3 seat for 2022, this leaves both Danilo Petrucci and 21-year-old Lecuona without a ride.

Lecuona was unhappy with how KTM announced Fernandez’s move and had to delay his media debrief following qualifying – in which he was 19th – to have the situation explained to him.

"Honestly, I don't think it's right the way they have announced it,” Lecuona, who admits he knew the signing was happening, said.

“If my appearance with the media today has been delayed, it's because we had a meeting to explain the situation.

“I think the right thing to do would have been to tell Danilo and myself before the start of the grand prix what they were thinking of doing.

“In the end they will have their reasons, so I'm not going to tell them anything.” 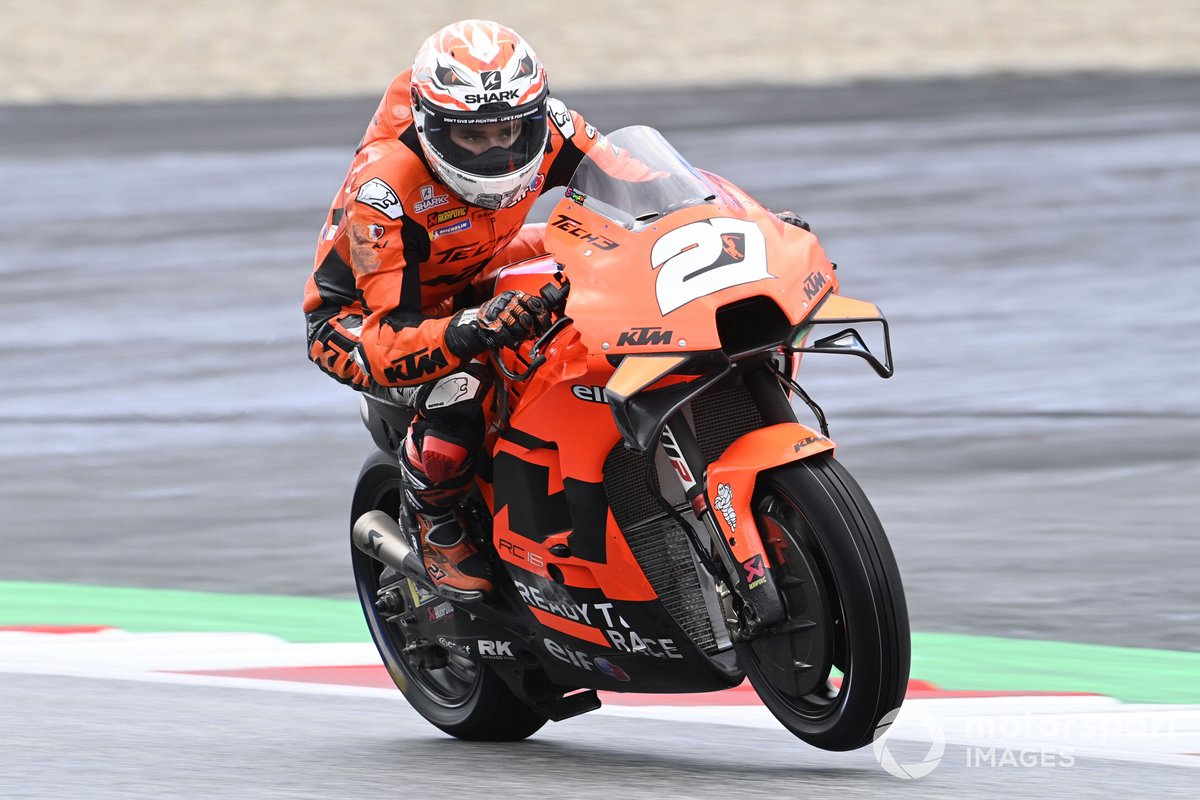 In an interview broadcast on MotoGP’s world feed after FP4, Tech3 boss Poncharal also expressed an unhappiness at how KTM handled the announcement.

“You know me, I have always said what I was feeling and thinking,” he said.

“There was not too much filter between my heart and my mouth, so clearly as you can imagine this is a weird moment to announce such a big, great and positive news through FP4.

“We are here [in Austria] for two weeks and we always decided to take out this first half of the season and this week the plan was to finally sit down on Sunday and decide and of course inform our riders what is going to be the situation for 2022.

“But you can imagine, we are back from a long summer break, a few teams do not have riders and even though some decisions and some signatures have already been done, people are still pushing, pushing, pushing.

“I think it is not the ideal situation. I feel sorry to have to do it that way and at that time of the weekend.”

Petrucci says he was “absolutely not surprised” by the announcement, adding: “We expected it because as I told you many times, when someone doesn’t answer the phone, you are for sure not renewing the contract.

“But at least answering the phone is a matter of education.

“As they did today, maybe they could have waited some hours or something like that.

“The best thing is to see the faces and like you know that I know, but let’s say we didn’t achieve what we expected and I was the first one in Assen to say if I was in the office of KTM management I would sign Raul. But then all the interviews they made, it was quite funny to see they still acted like nothing was decided, but everything was decided.”