After qualifying ninth on Saturday, Vinales said he did not "want to talk more about tyres because it looks like I am the only one talking all the time".

Vinales started the season with back-to-back victories in Qatar and Argentina, before crashing out of the Austin race, intimating that tyre inconsistencies could have been a factor.

He then had "no feeling" in the front tyre during the Jerez race, but won at Le Mans and finished second at Mugello.

However Yamaha struggled again at the low-grip Barcelona throughout the Catalunya Grand Prix weekend, having not joined Honda and Ducati in testing at the track last month, with Valentino Rossi finishing eighth and Vinales 10th.

Asked what happened, Vinales interjected that he was "slow" and added: "I really don't know.

"Our bike is good. That's what I can say. It was good in Qatar, Argentina it was good.

"All the races, our chassis, it's not this. The problem is not the bike.

"From first, leading, to 16th now [before other riders' problems] is a big drama for me.

"Because I go home, I don't know what happened, I'm not really motivated and I have to do many races. 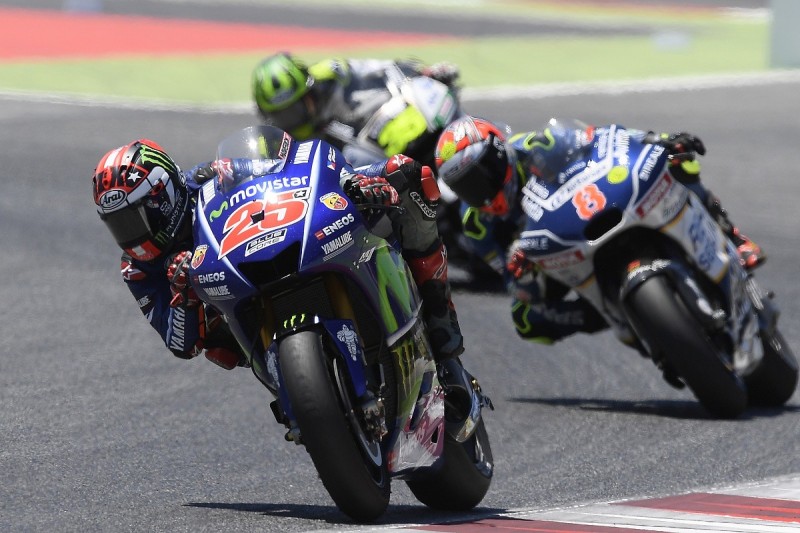 Vinales maintains the championship lead, but his advantage over Barcelona winner Andrea Dovizioso has been slashed from 26 points to seven.

The Spaniard said his team was also perplexed, having struggled as a unit all weekend and being beaten by Tech3 satellite riders Johann Zarco and Jonas Folger in fifth and sixth.

"For me it's a big drama in my head right now, because I don't know what I'm doing wrong," he said.

"[The team] also don't understand what happened today, and many places.

"At the end, I was riding really like Moto2. I could not understand. Honestly, on the straight, it was amazing."