Yamaha will test a pair of new MotoGP frames at Barcelona on Monday, which Valentino Rossi hopes will help cure the understeer that plagued his Catalunya Grand Prix

Rossi and team-mate Maverick Vinales struggled throughout the weekend at a low-grip Barcelona, finishing eighth and 10th and more than 20 seconds behind winner Andrea Dovizioso's Ducati.

Vinales was perplexed by his latest round of troubles, which have interjected his wins, while Rossi surmised that he was "very, very sad about this weekend, about the result, about the race".

Acknowledging that he is struggling with understeer in low-grip conditions with the 2017 M1 more than its predecessor, Rossi hopes one of Yamaha's updates will offer a solution.

"For me, the main problem is that the bike has more understeer and after that the problem becomes very big for the rear tyre," he said.

"At the end, the main problem is the rear traction, especially on the right, because already after 10 laps I was very, very much in trouble and I had to slow down very much.

"I tried everything but it was impossible to exit fast from the corners. 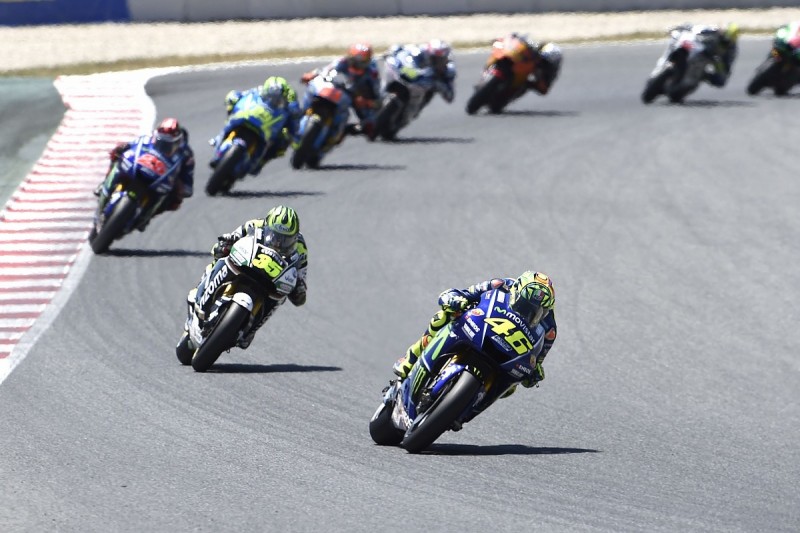 "But for me, that was coming more from the lack of turning that I feel with this bike from the first time that I tried it - and I always suffer, sometimes more, sometimes less.

"So for [Monday] we have some stuff that is not the 2016 bike but maybe something that can be interesting for improve."

The result drops Rossi to fifth in the championship, 28 points behind Vinales, whose lead over Dovizioso is down to seven points.

On the 2016 Yamaha, Tech3 pair Johann Zarco and Jonas Folger finished fifth and sixth at Barcelona, seven seconds ahead of Rossi.

Asked if switching back to the old bike was an option, having also struggled at Jerez last month, Rossi said the focus remained on improving the new M1.

"The old bike, under my point of view, turns better, and stresses less the rear tyre - and here like at Jerez they are faster than us," he said of the Tech3 rookies.

"We have to concentrate on the future because [on Monday] we'll have an important test and it's positive that we can make the test in this track, where we struggle.

"We hope to improve the speed and the feeling with the bike."