As Autosport reported earlier this week, Honda held an option on Mir's services that would, if activated, have resulted in the Marc VDS Moto2 rider replacing Dani Pedrosa at the works team next year.

But this agreement expired on Thursday, and Honda chose not to exercise its option. Suzuki and Ducati were the other two manufacturers known to be interested in Mir, and Suzuki is now in the strongest position to sign the 20-year-old.

Although a deal has yet to be signed, it looks likely that Mir will partner Alex Rins at the Hamamatsu marque on a two-year deal, replacing Andrea Iannone. 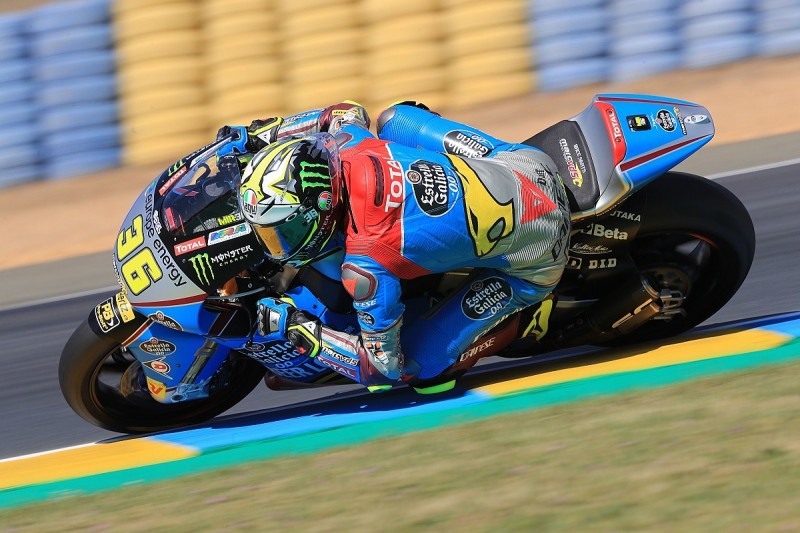 That would mirror the career path of Maverick Vinales, who spent just one season in Moto2 in 2014 before being snapped up by Suzuki to graduate to MotoGP.

It would confirm Iannone's departure from Suzuki, with the Italian a strong contender to replace Scott Redding at Aprilia.

It would also mean Pedrosa is near-certain to stay on at the Repsol-backed factory Honda team for what would be a 14th consecutive season next year.

Finally, it means Jorge Lorenzo is left with fewer options amid his ongoing struggles at Ducati, which has yet to make the Spaniard an offer to continue next year.

Should Lorenzo leave Ducati, Danilo Petrucci is in the best position to replace him, with Jack Miller likely to remain at the Pramac squad alongside Moto2 points leader Francesco Bagnaia.